As part of our series of events to mark the centenary of the passing of the Representation of the People Act in 1918, this special event will feature guest speaker, Dr Sophie Fuller, of Trinity Laban Conservatoire of Music and Dance, and a performance of Dame Ethel’s String Quartet in E Minor (1912) by the University of Oxford’s Quartet in Residence, the Villiers Quartet. After the event, picnics will be provided for guests to enjoy in the College grounds.

This event is being held on the 2018 Epsom Derby weekend in recognition of the significance of the Derby of 1913 for the suffragette cause, and of the College’s associations with Emily Wilding Davison, who studied here in 1895.

Tickets for this event (including the lecture, concert and picnic lunch), are £15 for adults and free for children of 16 years and younger and University of Oxford students. To book, please complete the booking form below. Please provide details of any dietary or other requirements when you make your booking. 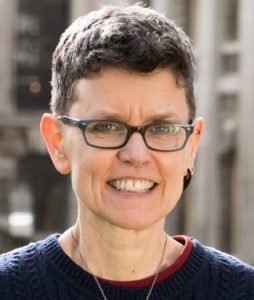 Dr Sophie Fuller is the Programme Leader for the Postgraduate Diploma, Master of Arts in Music, Master of Music and MFA in Creative Practice at Trinity Laban Conservatoire of Music and Dance in London.

Sophie is the author of The Pandora Guide to Women Composers: Britain and the United States, 1629-present (1994). As well as women’s musical creativity, her research interests include many different aspects of music, gender and sexuality but focus in particular on musical life in late 19th- and 20th-century Britain, and she has published a wide range of essays in these areas.  Sophie is currently working with Dr Phyllis Weliver on Sounding Victorian, a collection of digital projects that explore aesthetic sound in Victorian Britain. 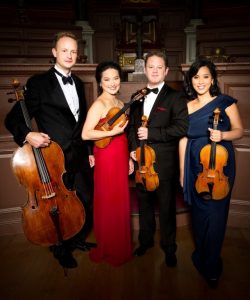 Named after Villiers Street in London’s colourful musical epicentre, the Villiers Quartet encompasses the grand and iconic spirit of the extraordinary music tradition in Britain. Hailed as ‘Champions of British Music’ (The Observer), the Villiers Quartet are celebrated for their masterfully sensitive performances. Deemed one of the most charismatic and ‘adventurous’ quartets of the international stage (The Strad), the Villiers Quartet have released acclaimed recordings of works by Elgar, Delius, Peter Racine Fricker, and David Matthews. They will release their next disc of chamber music by the English romantic composer William Sterndale Bennett in November 2018. The VQ have been praised for their ‘exquisite ensemble playing’ (Seen & Heard International), and their absolute ‘commitment and virtuosity’ (The Sunday Times).

The Villiers Quartet made their Oxford debut in 2015 as winners of the Radcliffe Chamber Music Competition. They hold the position of Quartet-in-Residence at Oxford University’s Faculty of Music, and feature in the Music at Oxford Concert Season.

Debit and Credit card payments are processed through our PayPal account. You do not need to be registered with PayPal to complete this transaction.
We use cookies on our website to give you the most relevant experience by remembering your preferences and repeat visits. By clicking “Accept All”, you consent to the use of ALL the cookies. However, you may visit "Cookie Settings" to provide a controlled consent.
Cookie SettingsAccept All
Manage consent