Having grown up in southeast China and educated in Beijing, Professor Xiang Biao was most influenced by the tense debates in 1980s China. He became interested in ethnographic research because of its attention to complexities that cannot be foreseen beforehand and has always sought to integrate ethnographic data into historical, institutional and especially political economy analysis.

He has worked on migration and social changes in China, and subsequently India and other parts of Asia, since 1992. His first project, a six-year study on a migrant community in Beijing, demonstrates how rigid official boundaries internal to the Chinese state, which are essential for the state’s control over society, have paradoxically facilitated the growth of new social spaces. He did this as an undergraduate and then postgraduate student at Peking University (1991-1998) partly because of his discomfort with the dominant discourse in China at that time that regarded the ‘low-quality’ populations, especially rural-urban migrants, as an obstacle to development. He was thus particularly keen to find out as detailed as possible about what the migrants were doing every day. He was told later that what he was doing was ‘anthropology’.

Hoping to make himself less parochial, he chose a completely unfamiliar topic for his PhD in Oxford – migrant Indian Information Technology engineers in Australia. As an ethnographic critique of the mainstream narrative about the global high-tech industry in the early 2000s, the work explains how the flexibility and volatility of the industry, which was often presented as inevitable and even desirable, is socially and culturally constructed based on multiple existing inequalities on a transnational scale.

He started his third major project in 2004 on unskilled labour migration from China to Japan, South Korea and Singapore. He tried to work out why commercial recruitment intermediaries became so prominent – a condition that he calls ‘intermediary trap’ – given that modern institutions and technologies are supposed to be dis-embedding and dis-intermediating.

Currently, he is developing an interest in transnational reproduction (what does it mean when an increasing number of nations have to rely on foreigners to reproduce themselves demographically and socially, and more people cross borders to nurture life, for instance as care-givers, patients and students?) and ethnic relations in China (how do internal and international migrations affect the two pillars of the Chinese ethnicity policy: clear demarcation of autonomous regions and categorical divide between domestic and foreign affairs).

More information including current editorial/advisory board membership, affiliations, student supervision, prizes and publications are available on his Institute of Social and Cultural Anthropology staff page. 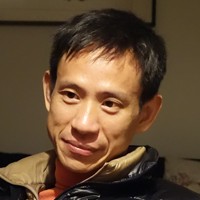 Position
Professor in Social Anthropology
Subject
Archaeology and Anthropology
Department
Academic - Fellows & Lecturers
biao.xiang@anthro.ox.ac.uk
We use cookies on our website to give you the most relevant experience by remembering your preferences and repeat visits. By clicking “Accept All”, you consent to the use of ALL the cookies. However, you may visit "Cookie Settings" to provide a controlled consent.
Cookie SettingsAccept All
Manage consent