Between 1994 and 1999 he was the founding editor of the Journal of Victorian Culture, and from 2000 to 2008 he served as the Honorary Secretary of the British Association for Victorian Studies. He has been a Visiting Fellow or Professor at the Humanities Research Centre, Australian National University, the Institute of Advanced Studies, Loughborough University, Université de Cergy-Pontoise, La Trobe University, and the Université Paris VII – Denis Diderot.

His research has concentrated on four overlapping areas: popular science cultures, nineteenth-century urban history, Victorian cultural institutions, and Victorian Studies as an interdisciplinary field. He has also published and presented on Victorian diaries and autobiography. His essay ‘Why the Notion of Victorian Britain Does Make Sense’, was awarded the Donald Gray Prize in 2006, and The Dawn of the Cheap Press in Victorian Britain. The campaigns against the taxes on knowledge, 1849-1869 (2013), was honourably mentioned for the 2014 Colby Prize.

Darwinism’s Generations: the reception of Darwinian evolution in Britain, 1859-1909

This project operates at two levels. Its immediate focus is an exploration of the generational patterning of the reception of Darwinian evolutionary thought in Britain during the 50 years after the publication of On the Origin of Species in 1859. It will also operate as a ‘proof of concept’ case study for the Victorian Generations project outlined below. To date responses have been collected for over 800 individuals whose generational identities can be ascertained, drawn from science, religion, literature, politics, history, anthropology, sociology, philosophy and philology, across classes and genders. Examined through this schema the conventional picture of the reception of Darwin can be reframed, illuminating the strength of the influence of generational identities in the patterning of responses, and in turn the durability of anti-Darwinian positions, the persistence of a multi-layered demographics of engagement, and the extent to which the shift towards a Darwinian orthodoxy and then its eclipse proceeded not by conversion but by generational succession.

This is a commission for a 30,000 word reinterpretation of period designed for a general readership, to comprise of six short chapters and a key list of further readings. The chapters will examine the twentieth century legacies and persistences of the Victorian period, and in particular the powerful connotative power which ‘Victorian’ came to acquire; the extent to which it does make sense to talk about a Victorian ‘period’, and the ways in which the period might be sub-divided; the conventional characteristics of the period generally wrapped up in the concept of ‘Victorianism’ exploring the balance of caricature and reality which underpin them; the structural configurations and consistencies which helped to give the period its identity; will look at the Victorians as individuals, reworking the conventional ‘eminent Victorians’ approach, and presenting exemplary generational biographies; and finally will look at the global interrelationships which framed and refracted a Victorian world.

The intention is that this will be determinedly not a textbook, but an attempt to capture and encapsulate the distinctiveness of the Victorian period; not in any sense a new Victorian England: Portrait of an Age, but an interpretation which shares the ambition of G.M. Young’s classic text to communicate with nuance but also clarity the personality of the period as it has been uncovered and understood by modern scholarship.

This project is the broader context of the Darwin study detailed above, with resonances with a long-standing interest in questions of periodization; it seeks to develop a model of generational formation and influence appropriate to the nineteenth century, and to explore the extent to which Victorian history was powerfully structured by generational influences. The project deploys and will help to refine a generational schema which addresses some of the drawbacks both of the dominant sociological model developed by Karl Mannheim, and its application. As part of this work, Martin is involved in the Wellcome Trust funded network, ‘Generations: what’s in the concept and how should it be used?’.

This is an interest of very long-standing, part of a wider interest in cultures of orality which will be pursued by the first Belcher Colloquium on Victorian Talk in June 2020, and will hopefully ultimately result in a substantial study of this ubiquitous by still only unevenly researched aspect of nineteenth century cultural life. 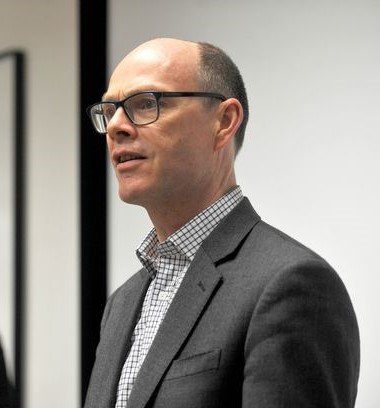 Position
Belcher Visiting Fellow in Victorian Studies
Department
Academic - Fellows & Lecturers
We use cookies on our website to give you the most relevant experience by remembering your preferences and repeat visits. By clicking “Accept All”, you consent to the use of ALL the cookies. However, you may visit "Cookie Settings" to provide a controlled consent.
Cookie SettingsAccept All
Manage consent