Established in 1971, in memory of a St Hugh’s College alumna, the Julia Wood Prize is an annual History essay competition open to Sixth Form pupils who have not been in the Sixth Form of any school or college for a period of more than two years. The Prize, worth up to £500, is offered by the Principal and Fellows of St Hugh’s College for the best historical essay submitted by the closing date.

The choice of historical subject is left to candidates. Essays should be between two thousand and four thousand words and submitted by the candidate as a Microsoft Word document through the form on the College website.

This year the number of entries to the Julia Wood Prize was 374. The intensity of the competition meant that the judges again felt compelled to divide the available funds, this time between these candidates. They are:

Maryam Mazhar, Year 12, Haberdashers’ Aske’s School for Girls, for her essay entitled: La Convivencia: did the Catholic reconquest of Granada in 1492 bring an end to peaceful religious coexistence in Southern Spain?

Rohan Thandi, Year 13, The Haberdashers’ Aske’s Boys’ School, for his essay entitled: ‘The rising hope of those stern and unbending Tories’: how High was Gladstone’s High Toryism 1832-41?

Bethan Mapes, Year 13 Chelmsford County High School for Girls, for her essay entitled: ‘Sparing the weak and feeble’: was the Black Death the cause of population ageing in medieval England?

Joseph Clarke, Year 12, Hills Road Sixth Form College, for his essay entitled: Coffee: grounds for debate? An assessment of the relationship between coffeehouses and the ‘public sphere’ in seventeenth and early eighteenth-century England.

Isabelle Greig, in the Lower Sixth of Headington School, Oxford, for her essay entitled: ‘The lingering stay: how a changing economy and shifting ideas affected British corsetry in the Regency Era.’

Rupert Gardiner, in the Lower Sixth of the Perse School, Cambridge, for his essay entitled: ‘The Man Who put the jewel in the crown: how far was Robert Clive responsible for the East India Company’s success on the subcontinent?’

Please use this form to upload your submission for the Julia Wood Prize.
Studying History at St Hugh's
Previous Winners
History of the Prize 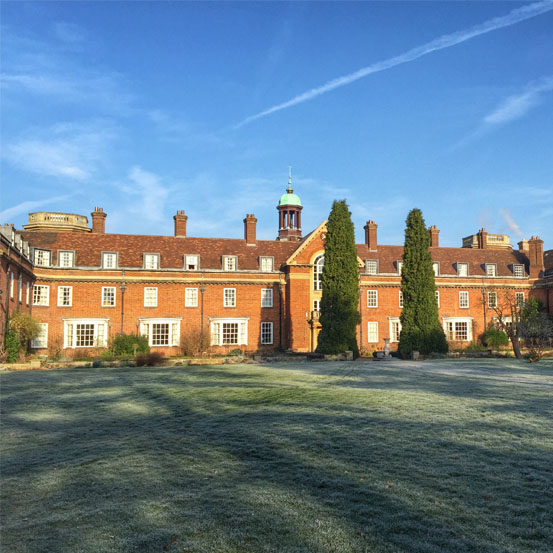 St Hugh’s College admits about 11 undergraduates a year to read single Honours History; and a further two or three (in varying combinations) for the Joint Honours Schools of Ancient and Modern History, History and English, History and Modern Languages, and History and Politics.

What we are looking for is the ability to think imaginatively, a willingness to argue, a real interest in ideas, and a commitment to the subject. We have no preference for particular subjects at A-level, International Baccalaureate or Pre-U. Most candidates will usually have been studying History, but even this is not essential. However, languages (both modern and classical), English Literature, and Economics have, in their different ways, proved useful preparations for the course. We welcome both pre- and post- qualification applications; and we generally admit a few people each year from Scotland, Ireland, and further afield.

St Hugh’s provides excellent facilities for studying History: the library has unusually large and up-to-date holdings in all periods (one of the tutors is Library Fellow), and there is an active, sometimes rumbustious History Society. We encourage our undergraduates to travel in vacations. We participate in the History Faculty’s exchange programme with Princeton University, so most years one of our second year historians spends a semester at Princeton. In recent years several of our historians have gone on to undertake research in History and related fields; others have got jobs in journalism, television, law, teaching, the Foreign Office, the UN, the City, Brussels, management and management consultancy, publishing, etc. The world has proved to be their oyster, with historical training at St Hugh’s providing them with the essential bit of grit.

More information about studying History at St Hugh’s College is available on our course and admissions pages.

St Hugh’s provides excellent facilities for studying History: the library has unusually large and up-to-date Since the establishment of the essay competition in 1994, 50 school students have been given prizes; many of these people went on to study History at Oxford and St Hugh’s. The names of the winners and their essay titles can be seen below.

Who was Julia Wood?

Julia Wood was an alumna of St Hugh’s College. She was born on 19th December 1938 and studied History and was an Exhibitioner at the College between 1957 and 1960. Tragically, she died in an accident whilst in Australia in 1970. The fund for the Julia Wood Prize was established by the parents and friends of Julia Wood in May 1971. 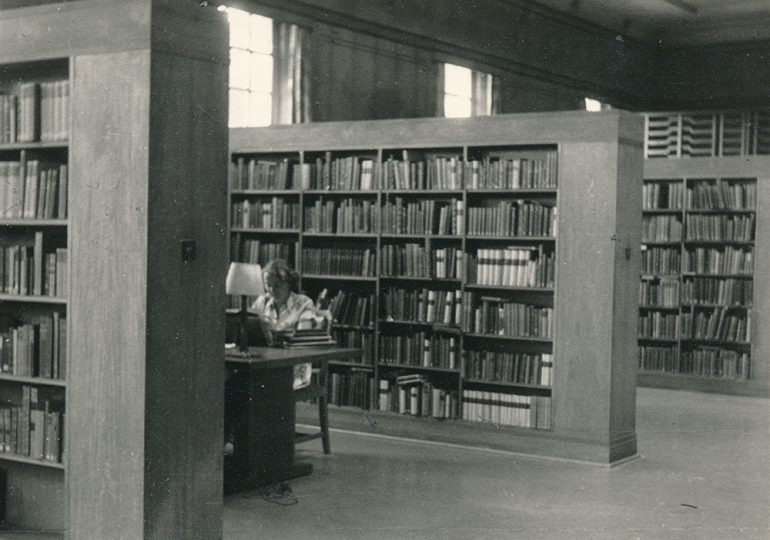 The College Library in the mid twentieth century