The Mary Renault 2023 essay competition will open again in January.

The Mary Renault Prize is a Classical Reception essay prize for school or college sixth form pupils, awarded by the Principal and Fellows of St Hugh’s College, and funded by the royalties from Mary Renault’s novels.

The Principal and Fellows of St Hugh’s College offer two or more Prizes, worth up to £500, for essays on classical reception or influence submitted by pupils who, at the closing date, have been in the Sixth Form of any school or college for a period of not more than two years. The prizes are in memory of the author Mary Renault, who is best known for her historical novels set in ancient Greece, recently reissued by Virago. Renault read English at St Hugh’s in the 1920s and subsequently taught herself ancient Greek. Her novels have inspired many thousands of readers to pursue the study of Classics at University level and beyond. At least one prize will be awarded a pupil who is not studying either Latin or Greek to A-level standard. The winning essay will be published on the College’s website. Teachers wishing to encourage their students to enter the competition can download, display and circulate the competition poster in the ‘related documents’ section.

Essays can be from any discipline and should be on a topic relating to the reception of classical antiquity – including Greek and Roman literature, history, political thought, philosophy, and material remains – in any period to the present; essays on reception within classical antiquity (for instance, receptions of literary or artistic works or of mythical or historical figures) are permitted. Essays should be between two-thousand and four-thousand words and submitted by the candidate as a Microsoft Word document via an online form.

Juliet Hadari, Year 12, Renaissance Arts Conservatoire, for her essay entitled: The Spartacus story as balletic propaganda in the Soviet Union

Livia Kandel, Year 12, South Hampstead High School, for her essay entitled: How and why do the characters of Jocasta, Antigone & Ismene differ between Children of Jocasta (Natalie Haynes) and the Oedipus myth by Sophocles?

Barbara Dooley, Year 12, Magdalen College School, for her essay entitled: Discussion on the reception of Greek and Latin literature in Plato and Seamus Heaney

Holly Bradley, Year 12, Caterham School, for her essay entitled: A vehicle for expression and the re-writing of myth:
Michael Field’s reception of Sappho in ‘Long Ago’

Please use this form to upload your submission for the Mary Renault Prize. 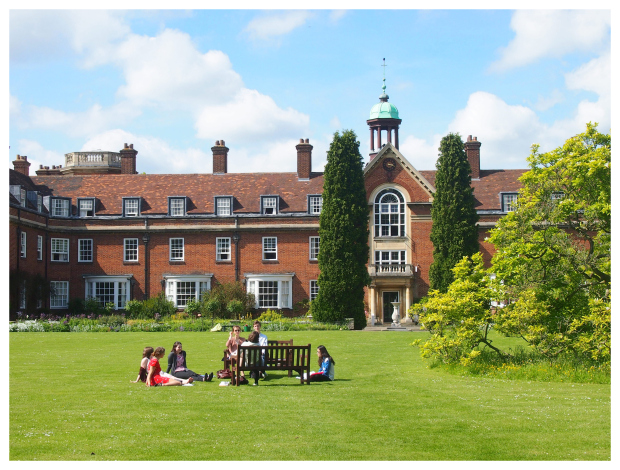 St Hugh’s College admits between 4 and 6 undergraduates a year to read Single and Joint Honours Classics. We accept students applying for the majority of schools, including: Classics I, Classics II, Classics and English, Classics and Modern Languages and Classics and Oriental Studies.

What we look for in potential applicants is the ability to think independently, a willingness to argue, a real interest in ideas, and a commitment to the subject. We have no preference for particular subjects at A-level, International Baccalaureate or Pre-U, welcoming both pre- and post- qualification applications.

St Hugh’s provides excellent facilities for studying Classics: the 24-hour library has unusually large and up-to-date holdings in all periods, and, as much of an undergraduate student’s academic timetable will be spent in College, the Library becomes invaluable. Our Classics Tutorial Fellow, Professor Tim Rood, has recently been awarded the prestigious Leverhulme Research Grant for a project entitled ‘Anachronism and Antiquity.’

Classics is a wide-ranging degree, devoted to the study of the literature, history, philosophy, languages and archaeology of the Ancient Greek and Roman worlds. Oxford has the largest Classics department in the world, with outstanding teaching, library and museum resources, including the Sackler and Bodleian Libraries, the Ashmolean Museum and designated Classics Centre. The University’s Classics II degree is aimed at encouraging students who have not previously studied Ancient Greek or Latin at school, but are interested in the subject at a Higher Education level.

For further information concerning these choices please see our course pages, or visit the University’s webpages.

This biography below is taken from the St Hugh’s College exhibition, recently on show in the Howard Piper Library.

‘Eileen Mary Challans was born on 4th Sept 1905, the daughter of Frank Challans, a medical practitioner. She attended Romford House School, Forest Gate, and Clifton High School, Bristol before matriculating at St Hugh’s in Oct 1925 to read English Language and Literature, obtaining a BA (III) in 1928.

During her time at St Hugh’s, she developed a love of ancient Greece, Crete and Macedon – a setting which resurfaced in many of her novels. Although she had initially intended to become a teacher, in 1933, after a period of illness, she returned to Oxford and became a nurse at the Radcliffe Infirmary, obtaining a nursing degree in 1936. Here she met her lifelong partner, Julie Mullard.

She published her first novel, a hospital romance called Purposes of Love, in 1939, under the pseudonym Mary Renault, the name by which she became known. She continued to write and publish whilst nursing during WWII and her novels developed overtly homosexual themes, which she treated honestly and sympathetically. Her sixth and last non-historical novel, The Charioteer, was published in 1953. Mary moved on to writing historical novels set in Ancient Greece, eventually publishing eight, the first being The Last of the Wine in 1956 and the last Funeral Games in 1981.

Although her portrayals of homosexuality provoked outrage in British society at the time, MGM presented her an award for her 4th novel, Return to Night, and she was able to afford to emigrate with Julie to South Africa in 1948, never to return to England. They both became South African citizens and were involved in the early anti-apartheid movement.’