Clare Todd (née Griffiths) (Italian and French, 1952) and Alan Todd have very kindly donated a facsimile of Metamorphosis Insectorum Surinamensium, by Maria Sibylla Merian (2017). It is a publication by Lannoo Publishers and Koninklijke Bibliotheek, National Library of the Netherlands, in collaboration with Amsterdam University.

The Principal expressed her sincere thanks on behalf of the College for the very generous donation of this remarkable book.

Metamorphosis Insectorum Surinamensium (published in 1705) was the work of Maria Sibylla Merian (1647-1717), who, among numerous other activities, travelled to Surinam in 1699 with her daughter to collect live insects and other animals. Maria Sibylla was a hard- working, enterprising and independent woman. She was an extraordinary artist and a keen, observant natural historian. She was one of the first to illustrate carefully and note the metamorphosis of insects and frogs. Her work straddles the history of science, art, religion and economics, and is of interest to botanists, zoologists and historians. When she moved to Amsterdam she met and communicated with traders and collectors of natural history, and also with artists. Her frustration that the exotic insects she saw there were dead and colourless and thus provided no data on their life history, encouraged her to plan and execute the journey to Surinam. There are three luxury watercolours on vellum of Maria Sibylla’s magnum opus, Metamorphosis Insectorum Surinamensium: in the Russian Academy of Sciences, St Petersburg, the Royal Collection, Windsor, and the British Museum, London, There are also numerous hand-painted and unpainted engravings in many museums in Europe and North America, such as the Bodleian Library, Oxford, in which her work is presently being exhibited in “Sappho to Suffrage: Women who Dared” at the Weston Library.

2017 was the 300th anniversary of Maria Sibylla’s death and to mark this occasion the facsimile, which is the Dutch version of the 1st edition of Metamorphosis Insectorum Surinamensium (1705) was published, with an English translation. It contains sixty illustrations of exotic insects together with the original descriptions in Dutch. The re-issue is the same size as the original and has an illustrated introduction on the life, work and significance of Maria Sibylla Merian. Also included is a new scientific description of all the insects, animals and plants. 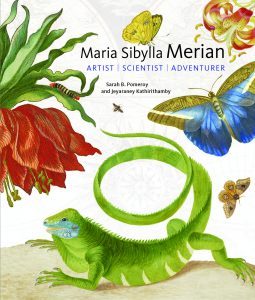 It is with the deepest sorrow that the College has learnt of the death of Honorary Fellow Professor Anne Hudson (1938–2021), who studied English at ...
Read More

We were delighted to welcome so many guests to our inaugural 'Lady Ademola Lecture' which is part of the College's series celebrating the life and wor...
Read More

We are delighted to announce that Professor Rebecca Shipley, who matriculated in 2001 and completed both her MMath and her DPhil at St Hugh’s, has b...
Read More
We use cookies on our website to give you the most relevant experience by remembering your preferences and repeat visits. By clicking “Accept All”, you consent to the use of ALL the cookies. However, you may visit "Cookie Settings" to provide a controlled consent.
Cookie SettingsAccept All
Manage consent