In July 2019 our Outreach Officer, Lena Sorochina ran along the Kentish coast from Camber Sands to Whitstable. She spoke to pupils about higher education, applying to Oxford, course choice, and student life. The aim was to encourage pupils to think about university, while highlighting the fun aspects of student life, as well as promoting the benefits of exercise and a healthy lifestyle.

In St Hugh’s Coast Run Lena visited 13 schools, spoke to 656 pupils, ran 140 kilometers, went through 22 towns and villages, and met 33 teachers, over 5 days. We were thrilled to make contact with 6 schools we’d never had contact with before. Lena spoke to the University about why she was undertaking the project. You can follow her journey as it unfolded on Twitter. The project was reported in the Cherwell. 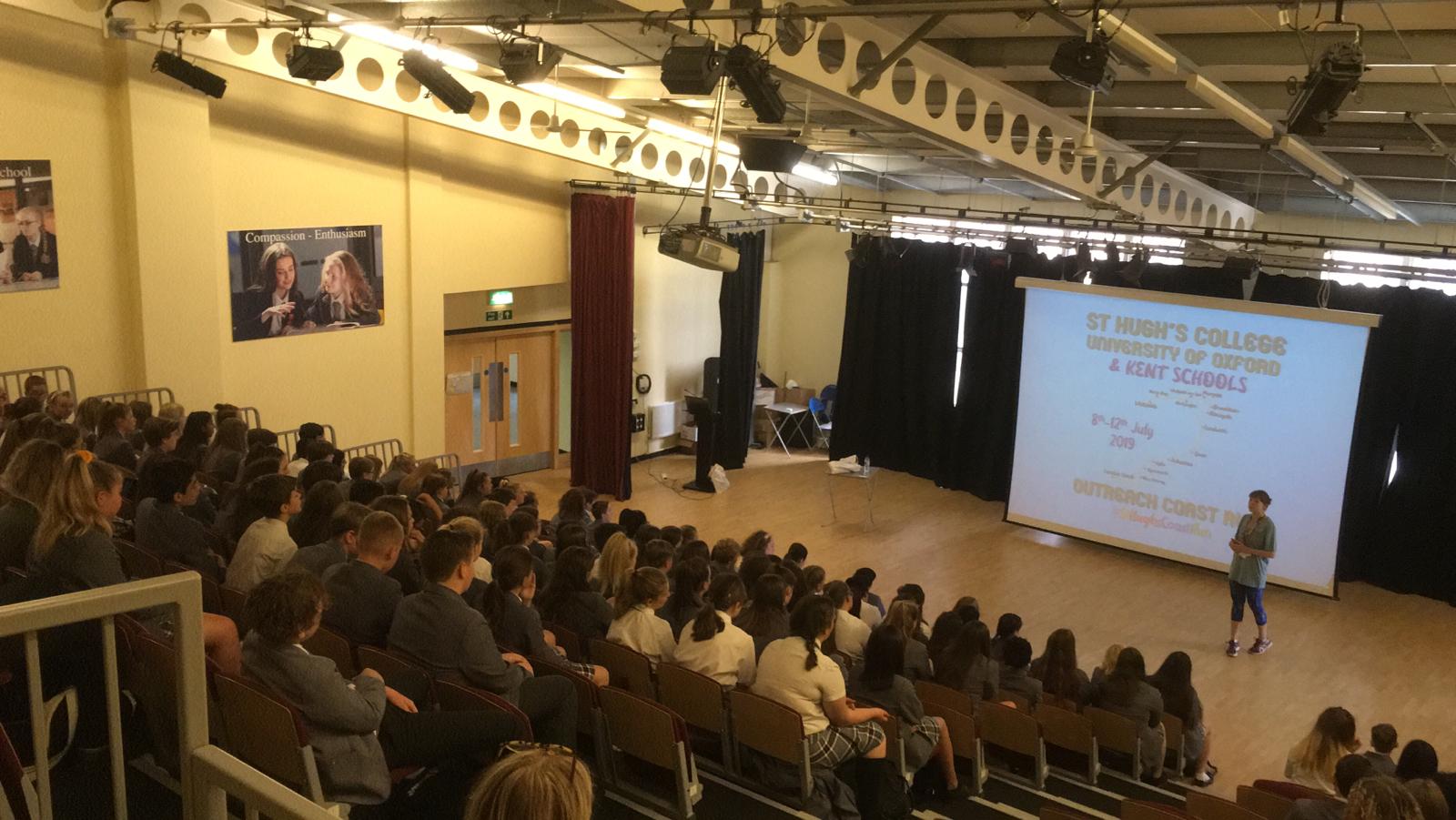 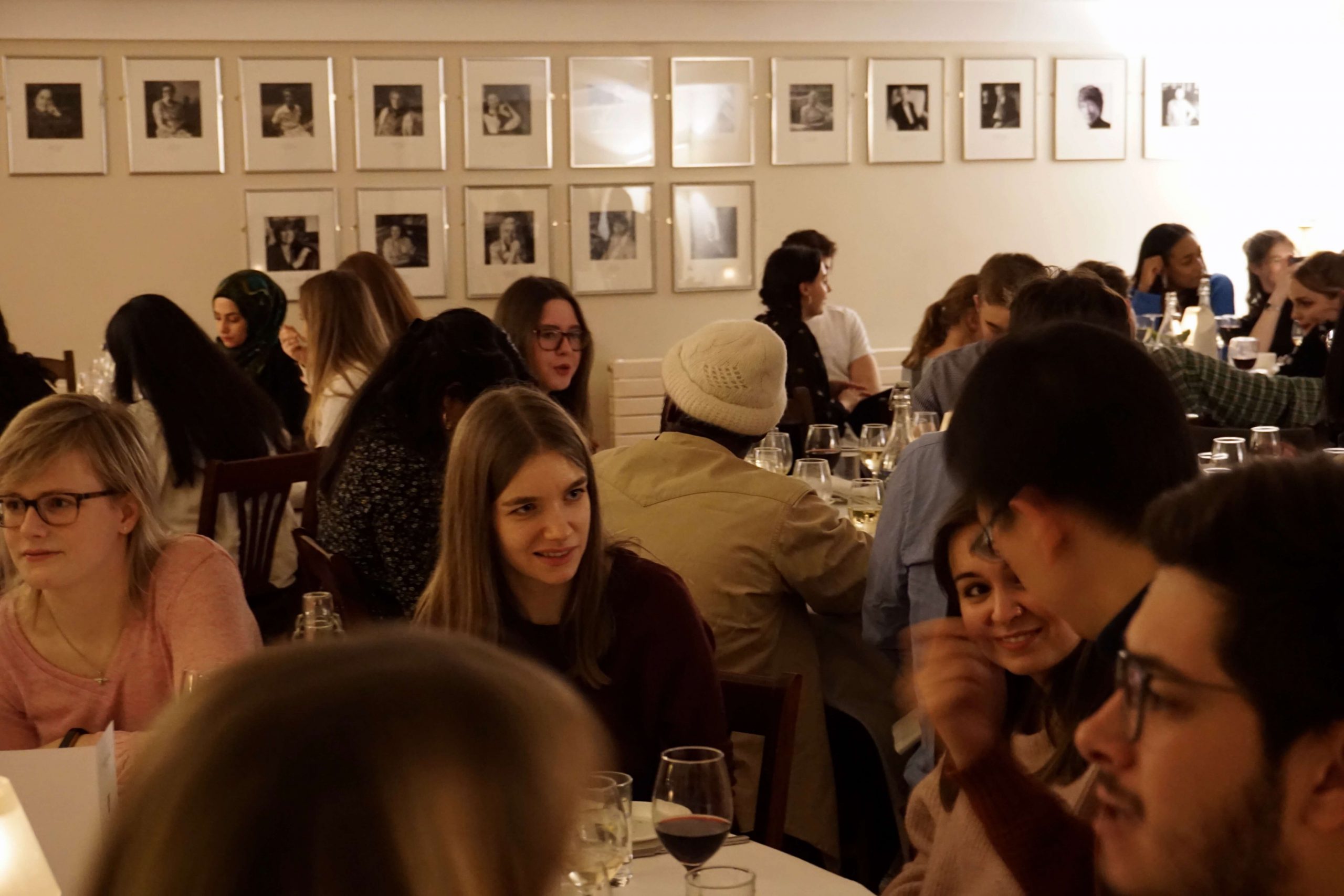 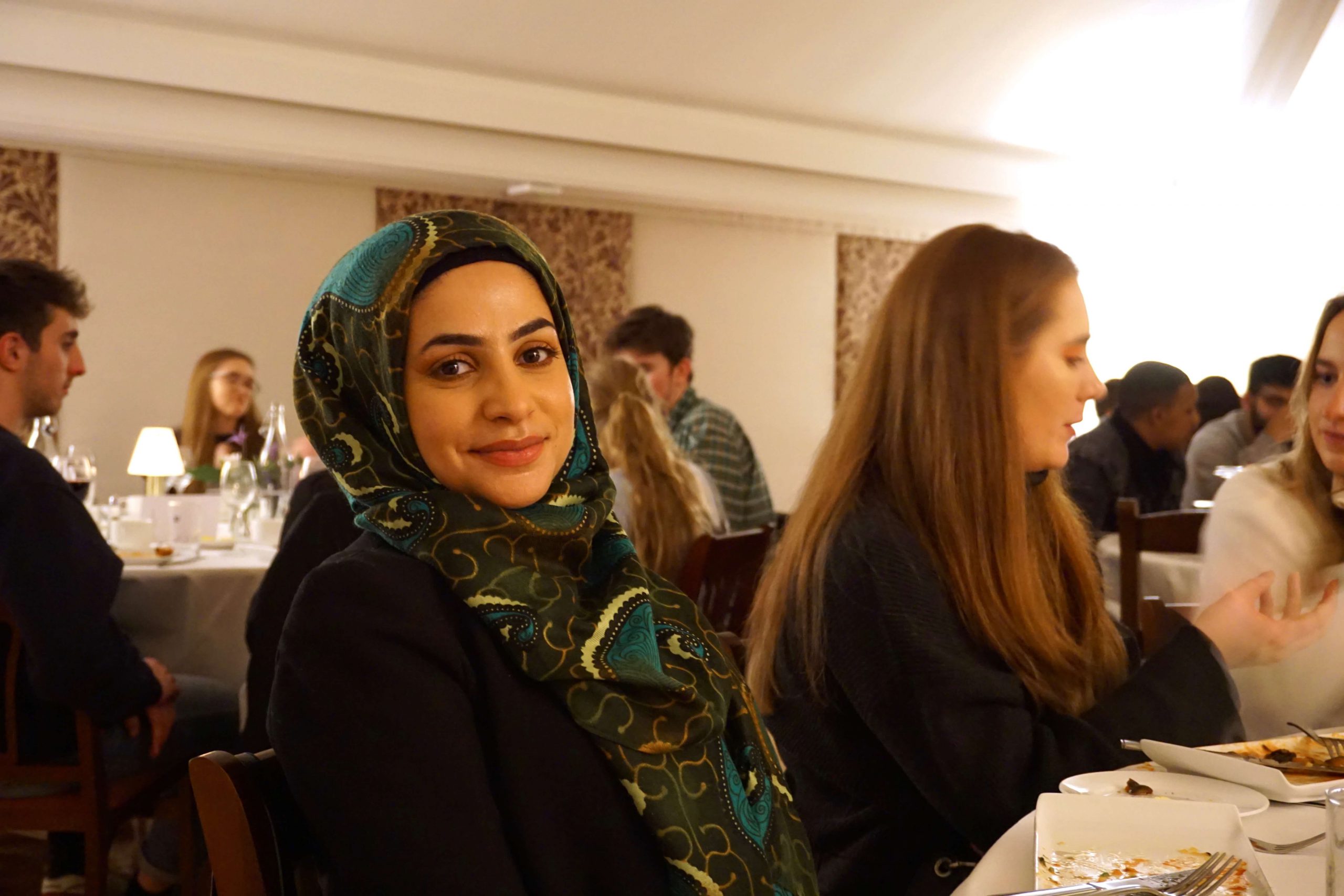 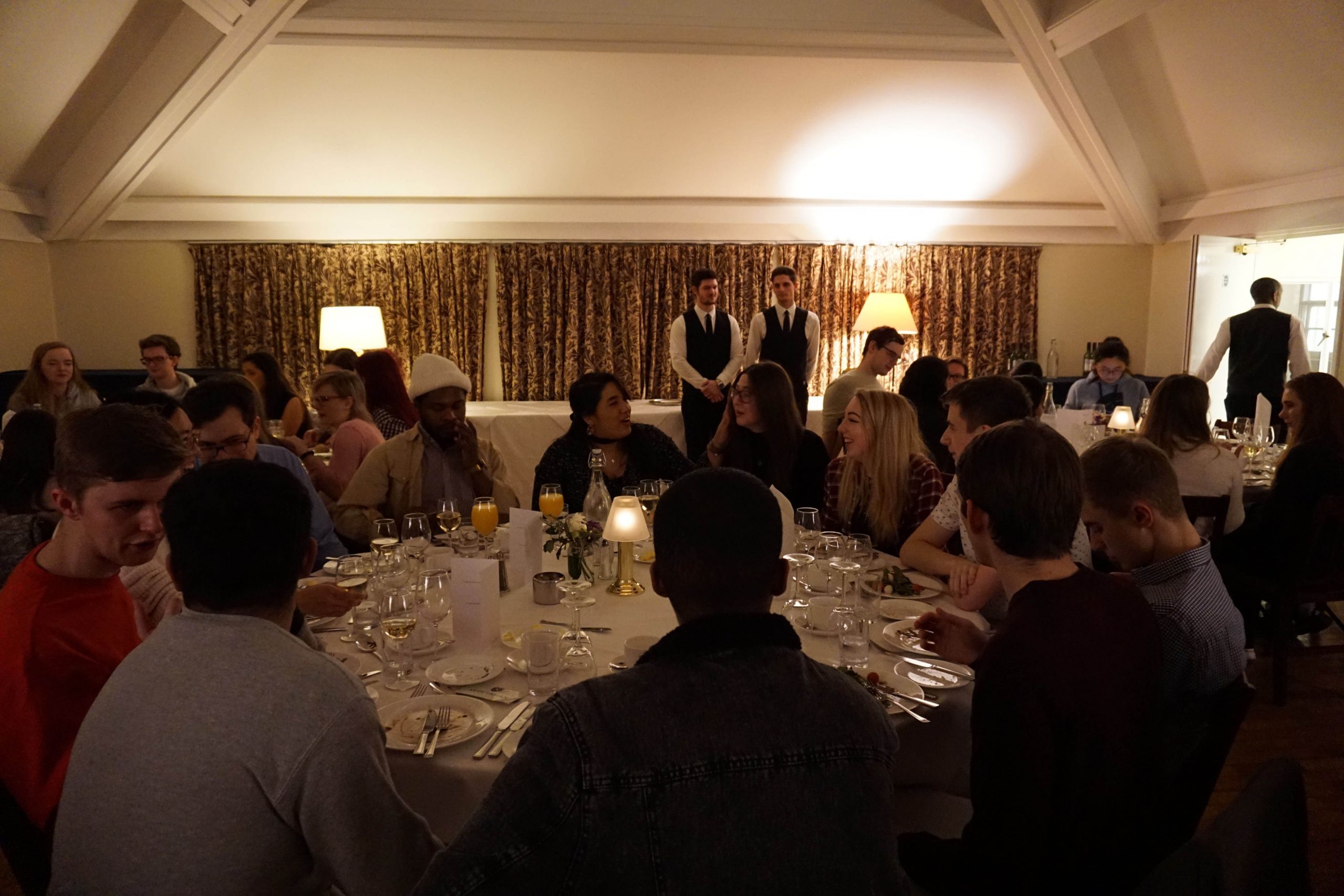 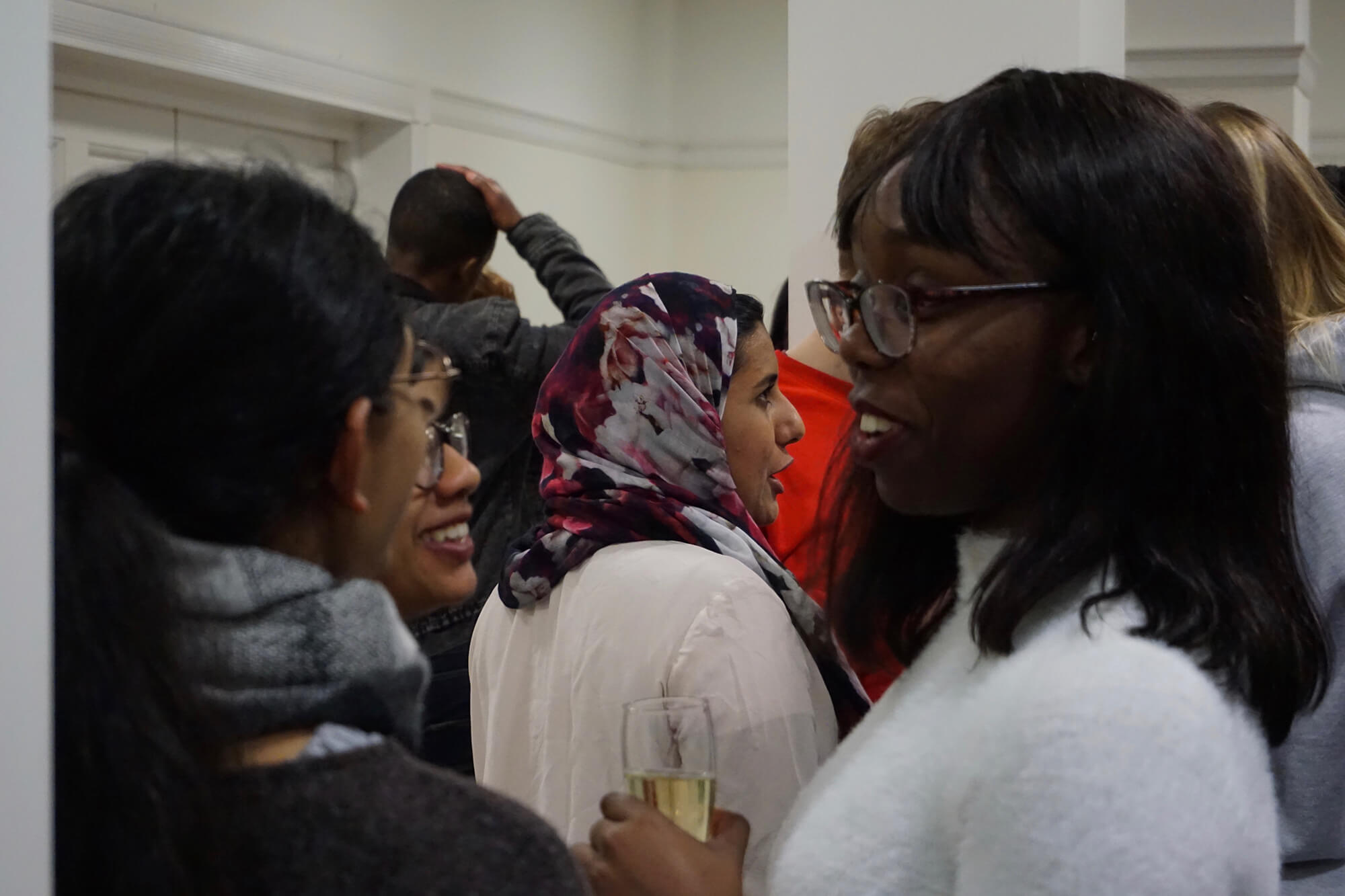 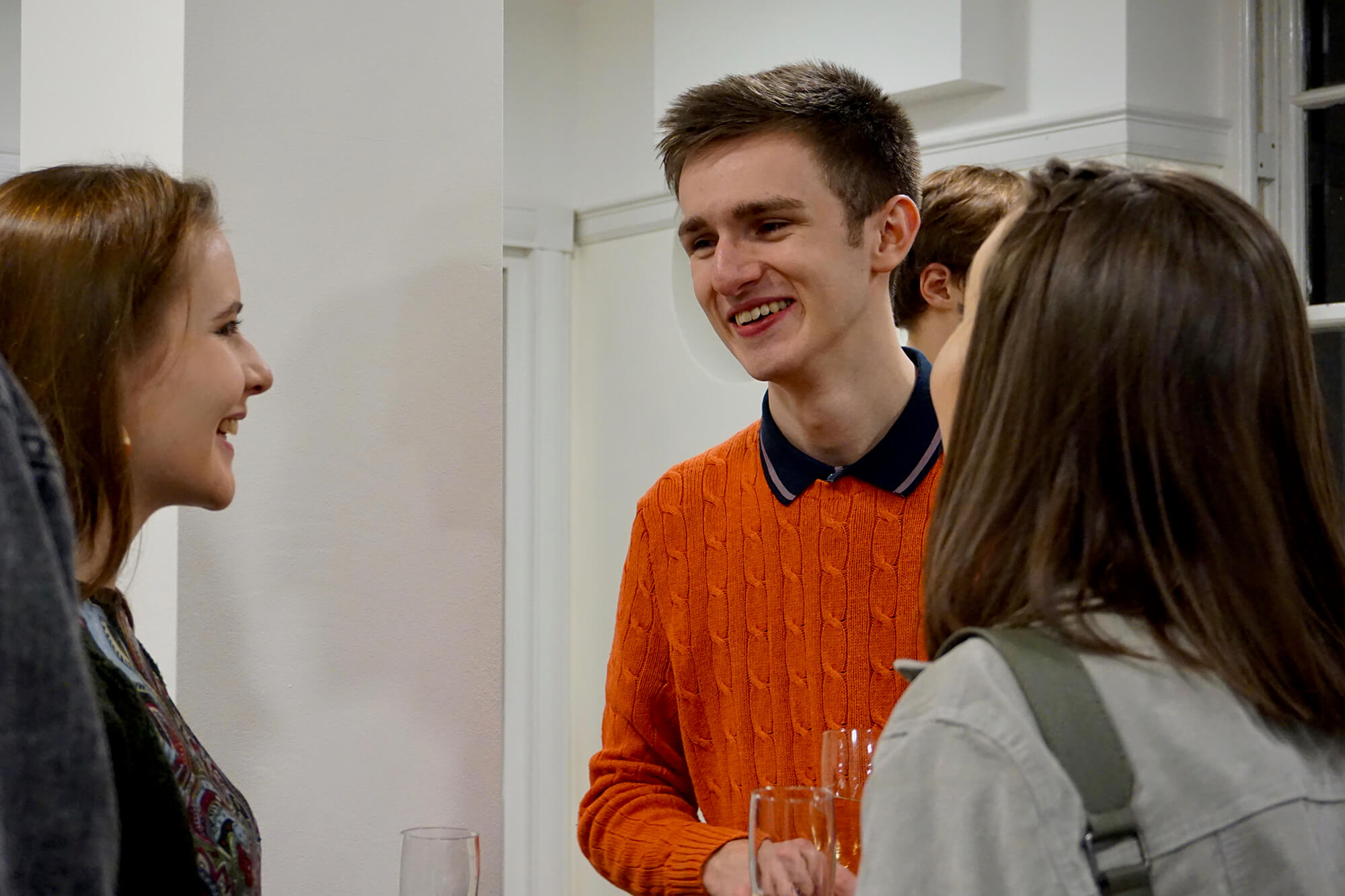 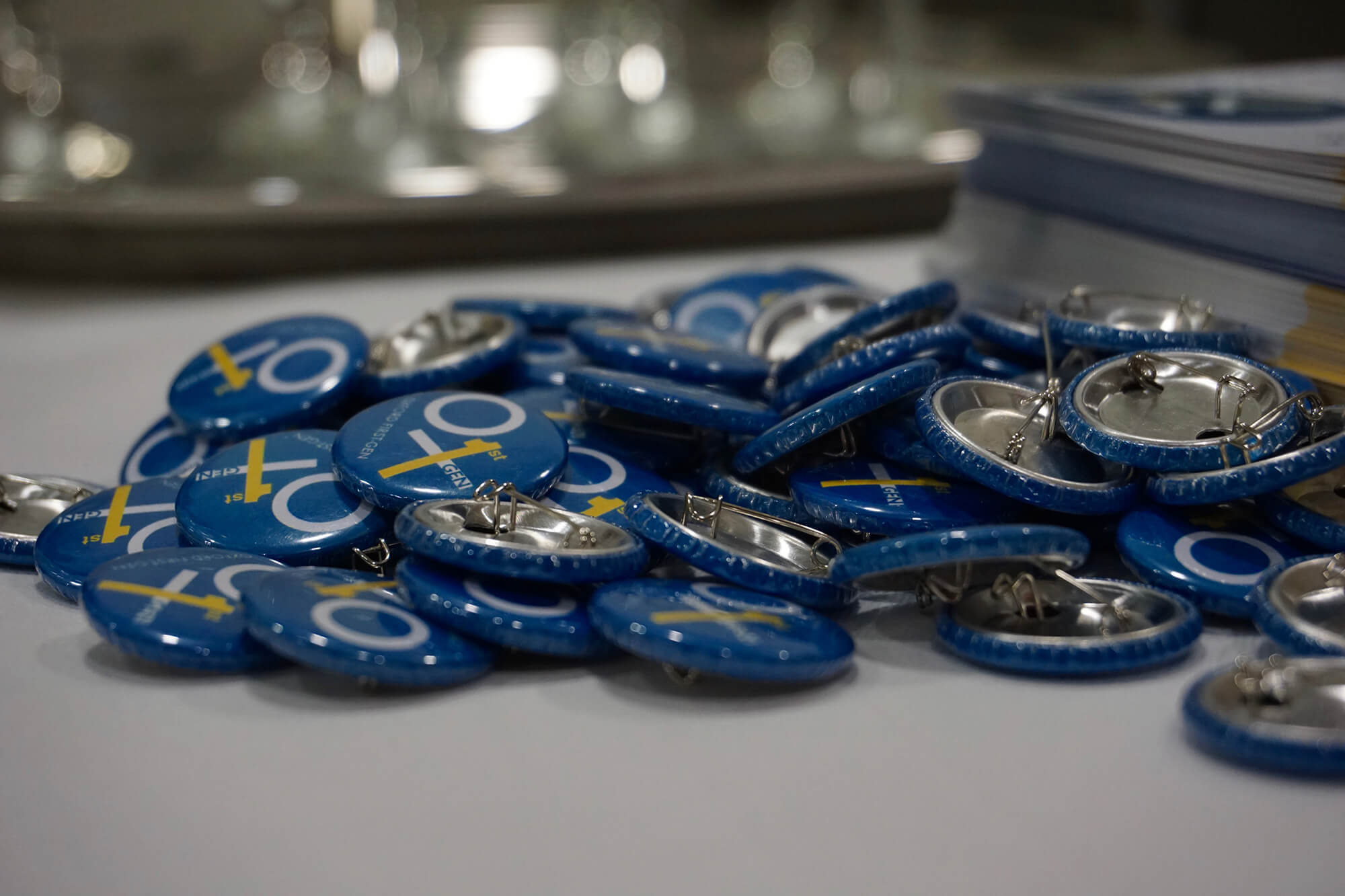 In Hilary 2019 St Hugh’s hosted the Oxford First Generation Students ‘informal formal’. Oxford First-Gen is a group which supports and connects students at the University of Oxford who are the first in their family to go to university.

Every term we host an informal formal, where we bring first-gen students together for a formal but without the dress code! This term’s formal was our biggest ever and we are so grateful to Hugh’s for hosting us! Hugh’s subsidised each ticket enormously and provided an absolutely delicious dinner – three stunning courses with wine plus a drinks reception beforehand and coffee and chocolate to finish. We can’t thank them enough for their great food and hospitality and for making the experience accessible and enjoyable for Oxford’s first-gen community! It was an amazing opportunity to bring first-gen students together from a diverse range of subjects, years and colleges. It is so important to have the opportunity to be around students who can relate to you and this gave us the opportunity to do so!

In Michaelmas 2018 we hosted a panel discussion chaired by the Tutor for Equality, Dr Carol Atack, on the Riot Squad project, which— while celebrating women and non-binary people of colour at Oxford — addressed the issues they face and opened the door to more fruitful and nuanced conversations about race, gender, Higher Education and diversity. The exhibition was launched that evening and it was an opportunity to meet the participants and hear their stories. More information about the project and an online gallery of portraits can be found here. 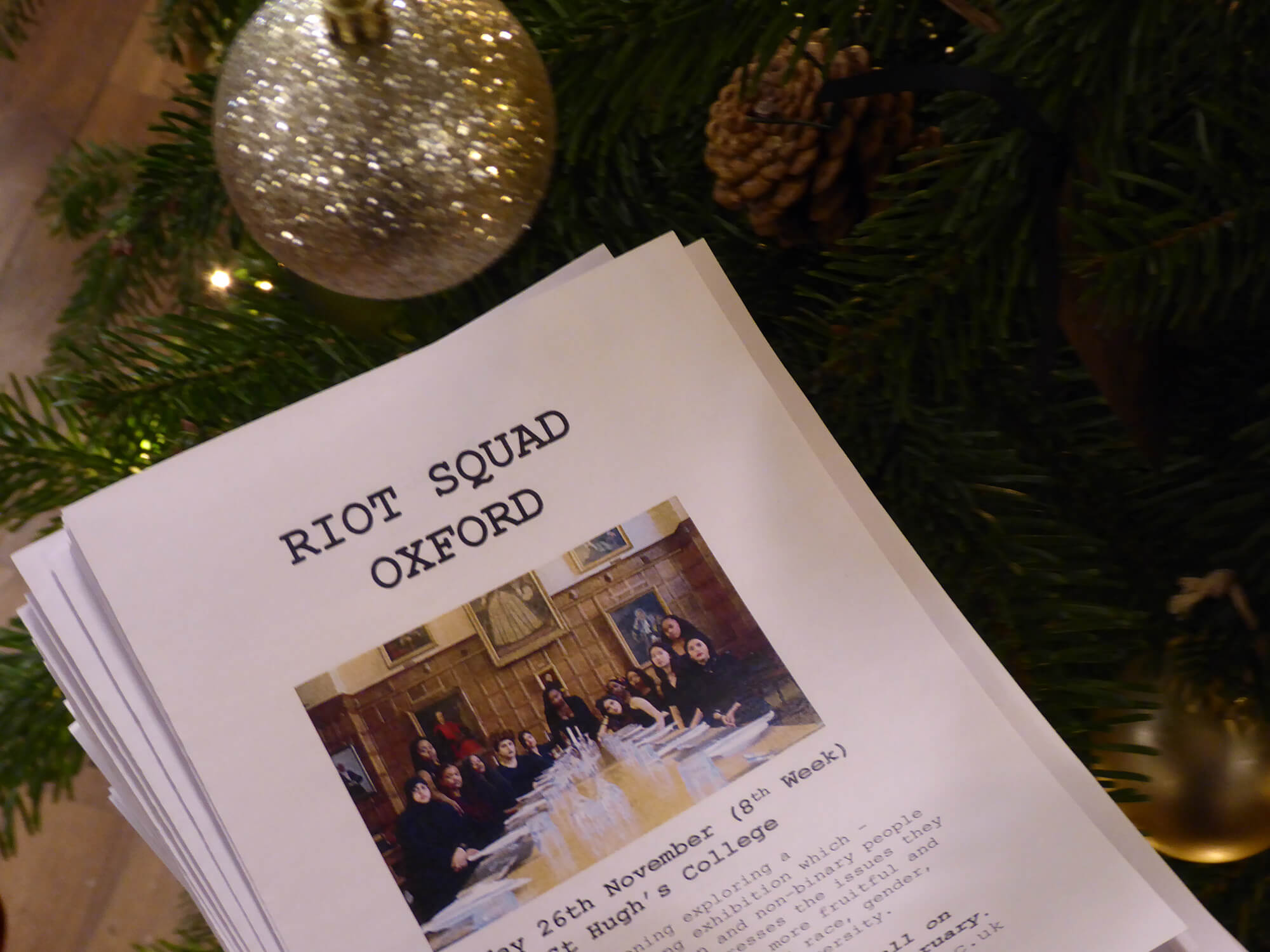 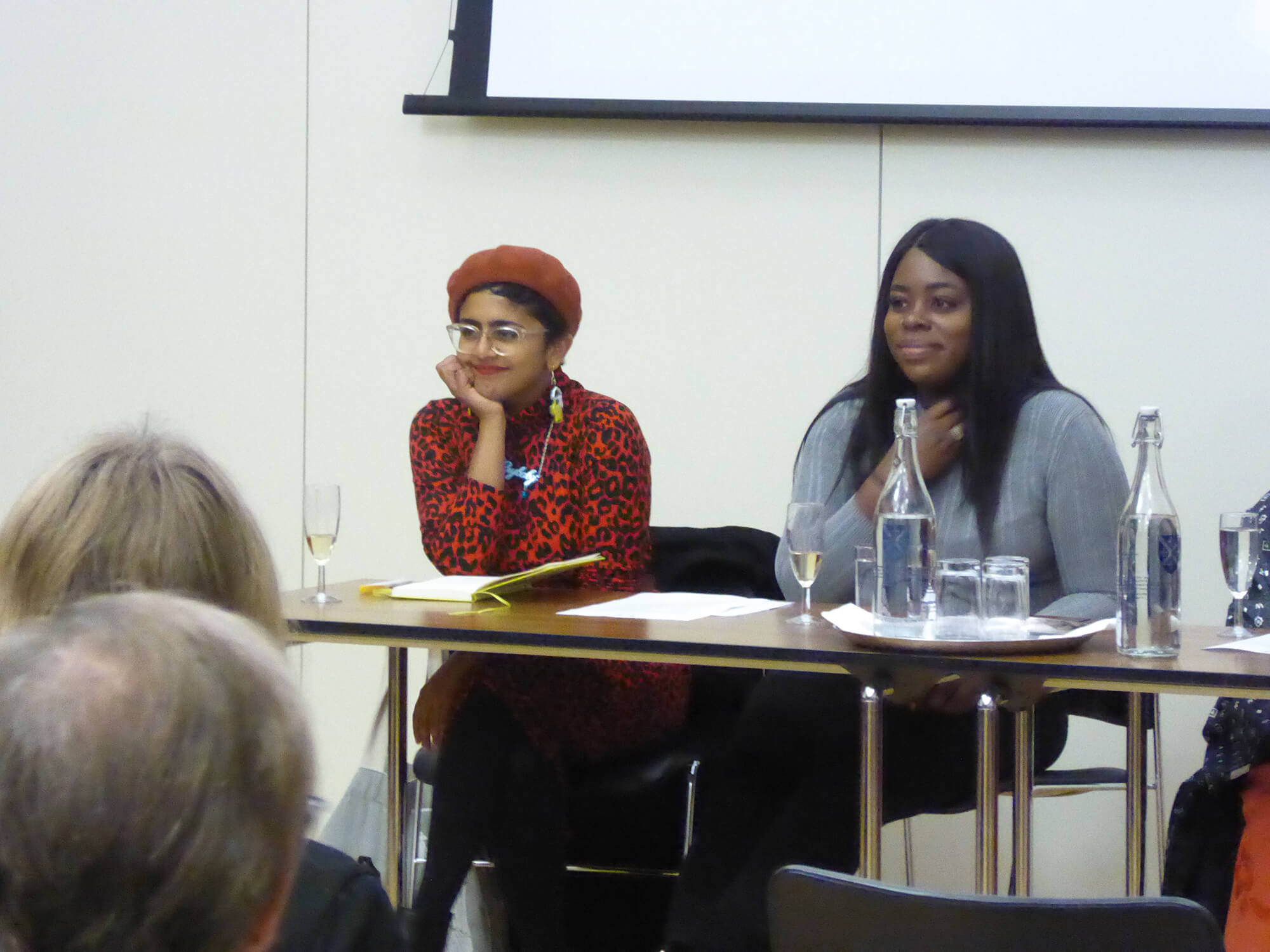 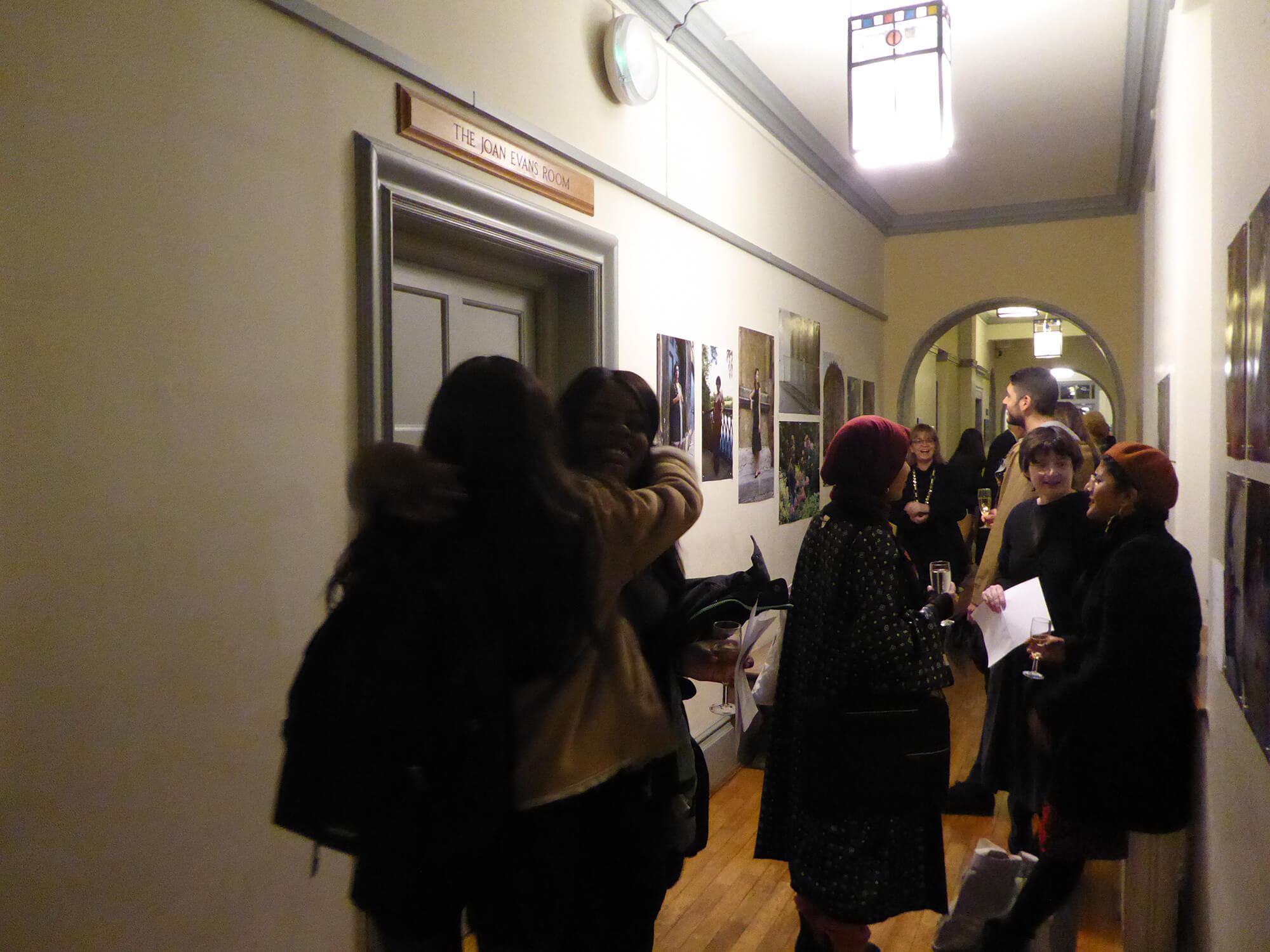 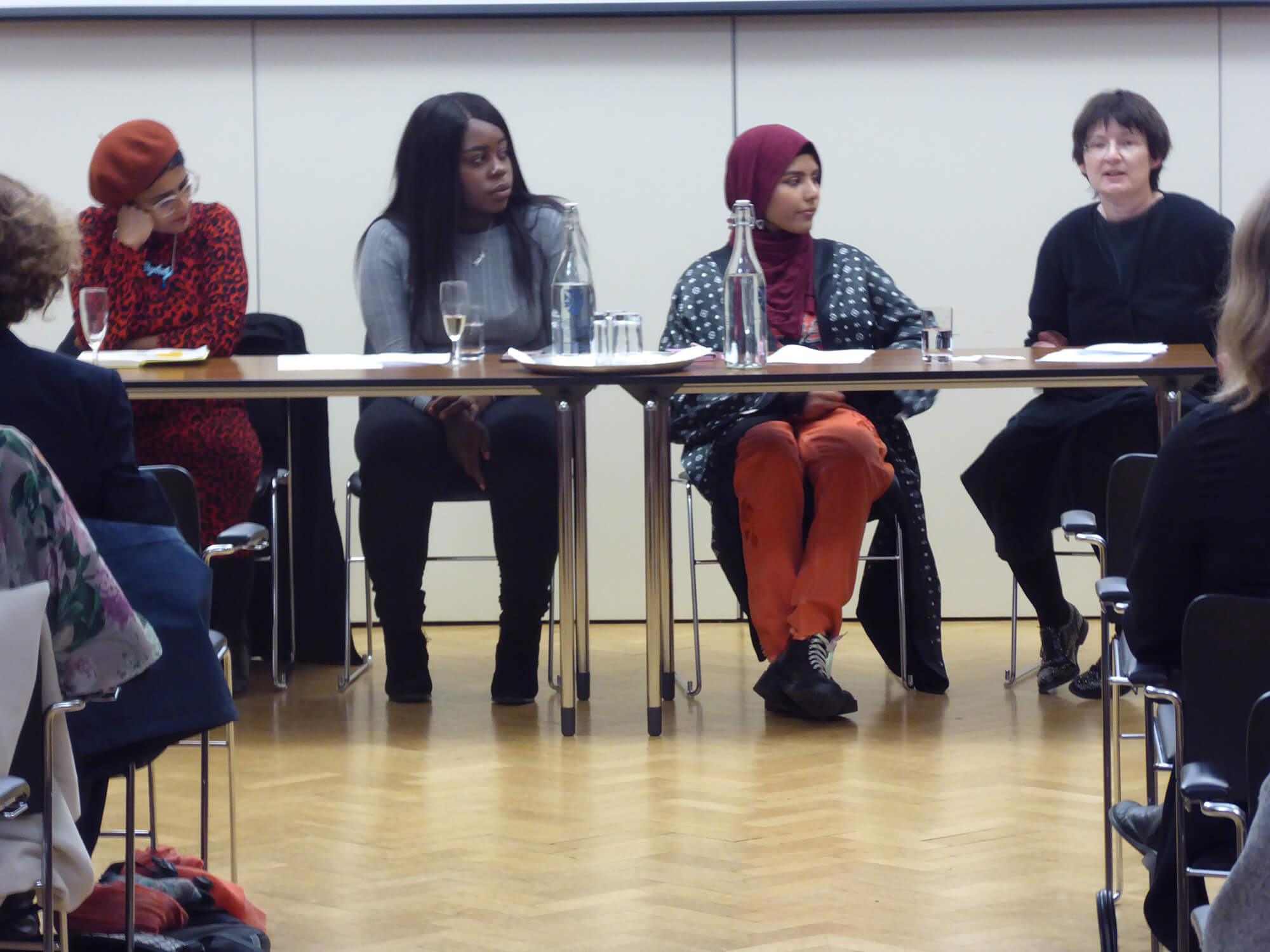 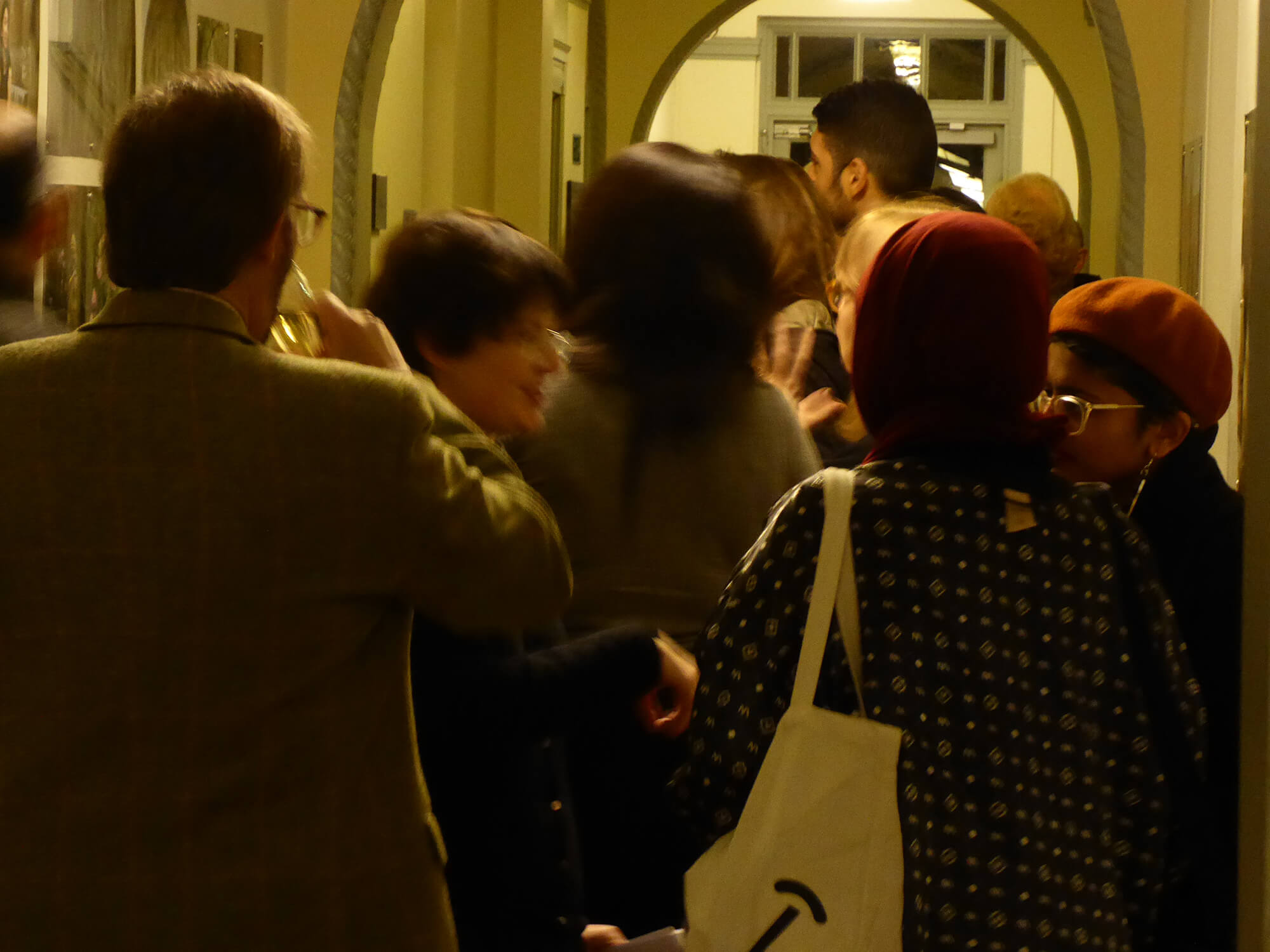 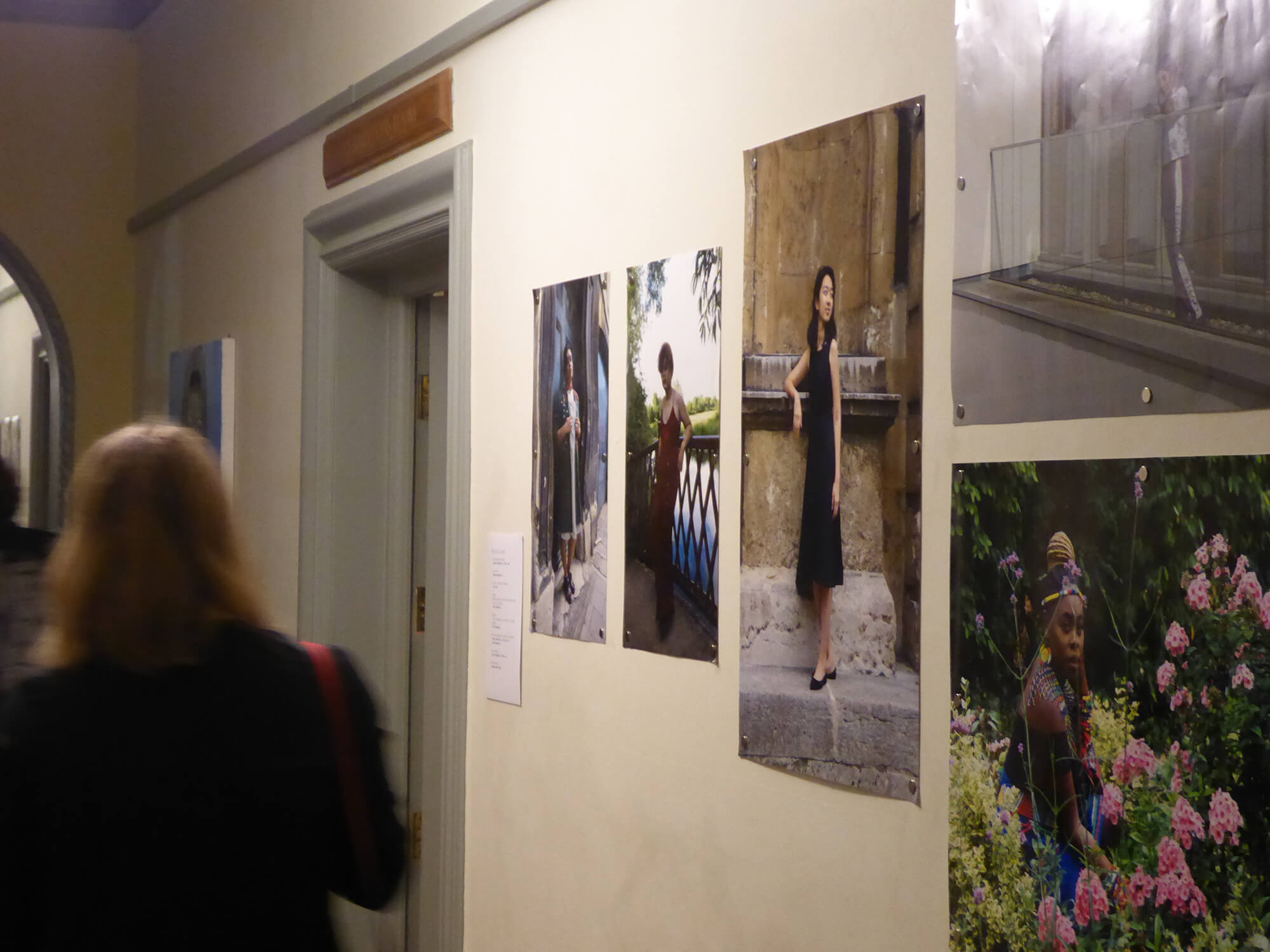