Congratulations to the team from the University of Oxford for winning the Fox-Powell Trophy in a closely contested match against the University of Cambridge on 2 July 2021. Oxford’s team included St Hugh’s College members Professor Michael McMahon, Colin Bailey and Jeremy Weeks. The annual Oxbridge golf tournament, hosted this year by Oxford, was held on neutral ground at Aspley Guise and Woburn Sands Golf Club. Celebrating its 40th anniversary the Fox Powell Trophy was first contested in 1980 and was donated and presented by W. B. Bald, in memory of his father John Bald.

It was a closely fought morning session with many matches being decided on the 18th hole; ending tied after the three matches of Fourball Better Ball with the score balanced at 2 to 2. After a quick lunch break players were back on the course for a challenging afternoon round of Greensomes with a last hole twist. The Greensomes format allows both players from a team to tee off and pick the best shot to play from.  They then take alternate turns with the same ball to finish each hole.  On the 9th hole the ‘Gruesome’ twist came into play where the opposing team choose the tee shot to be played. The afternoon session went down to the wire with a final score of Cambridge: 3 ½ to Oxford: 2 ½; continuing the recent run of Oxford victories.

Colin Bailey, St Hugh’s Head of Estates and Oxford team captain said, “It was a great pleasure to host this year’s Fox-Powell Trophy tournament, particularly in its 40th year and having not been able to hold it last year due to the pandemic. We all thoroughly enjoyed the event which is always played in a friendly, yet competitive spirit. I would like give special thanks to the Cambridge captain who helped to plan the format and pairings in advance so that we could focus on playing golf and recording scores on the day.”

As well as the trophy there were some individual prizes to be won. The winners were:

Below are some photos taken at the event. Names from left to right: 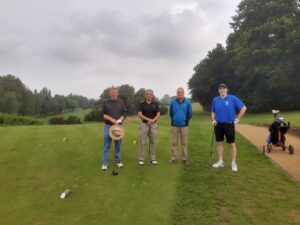 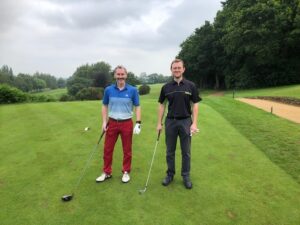 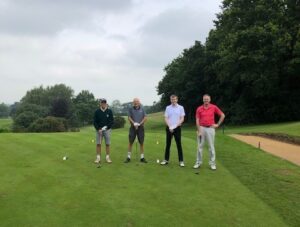 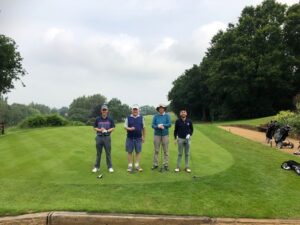 St Hugh’s alumna, The Rt Hon Baroness Heather Hallett DBE PC has been appointed to lead the public inquiry into the Covid-19 pandemic

The College is deeply concerned to hear about the imprisonment for four years (subsequently reduced to two years) of our alumna, Aung San Suu Kyi, on ...
Read More

We were delighted to be able to hold a Festival of Nine Lessons and Carols in person at the College this year. If you were not able to attend and woul...
Read More
We use cookies on our website to give you the most relevant experience by remembering your preferences and repeat visits. By clicking “Accept All”, you consent to the use of ALL the cookies. However, you may visit "Cookie Settings" to provide a controlled consent.
Cookie SettingsAccept All
Manage consent