Professor Garnett administers the Gladstone Memorial Trust Awards for Imaginative Travel, which are intended to give students in their first or second undergraduate year (or third year of a four year course) at Oxford or Cambridge an opportunity to travel abroad and to extend their knowledge of foreign countries. Eight or more Travel Awards of up to £600 will be awarded for imaginative travel. Details on how to enter are on the awards and prizes page.

More information about the Gladstone Memorial Trust Travel Awards can be found here. 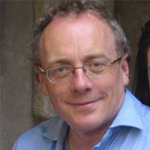 Position
Tutorial Fellow in History
Subject
History
Department
Academic - Fellows & Lecturers
george.garnett@st-hughs.ox.ac.uk
We use cookies on our website to give you the most relevant experience by remembering your preferences and repeat visits. By clicking “Accept All”, you consent to the use of ALL the cookies. However, you may visit "Cookie Settings" to provide a controlled consent.
Cookie SettingsAccept All
Manage consent