Jon Parkin has an MA in Modern History from the University of Oxford (1991) and a PhD in Intellectual History from the University of  Cambridge (1995). Jon was the Centenary Research Fellow at Selwyn College, Cambridge (1995-1998) and British Academy Post-doctoral Research Fellow in the History Department at King’s College, London (1998-9). He went on to hold the posts of Lecturer and Senior Lecturer in the Department of Politics at the University of York (1999-2012), before returning to St Hugh’s as Fellow and Tutor in Modern History in 2012.

Research Interests
Jon’s research explores the interaction between ideas and practical politics in the Early Enlightenment period, a preoccupation initially fostered during his undergraduate studies at Oxford and pursued in his postgraduate work at Cambridge, London and York. A distinctive feature of his work is that it has sought to examine the ways in which particular ideas impact ‘on the ground’. He identifies the manner in which abstract forms of theory have a practical impact on political, religious and cultural debate, and thereby influence forms of action. His research therefore typically focuses upon the reception of philosophical ideas and their impact upon political and cultural life, and does so in an inter-disciplinary manner. This approach was a feature of his first monograph Science, Religion and Politics in Restoration England (1999). The book explored central questions about the relationship between science, religion and politics through an examination of the impact of natural law discourse upon practical debates over the Royal Society, late 1660s debates about toleration and the religious authority of the crown. Important to these debates was the impact of the ideas of Thomas Hobbes and Jon pursued this theme in his second book Taming the Leviathan (2007), which explored the adaptation and use of Hobbes’s ideas in a variety of political, religious and cultural contexts between 1640 and 1700.

Recent Research
Jon’s recent work expands upon some of the issues arising from this earlier research but also lays foundations for future projects. His recurring interest in European natural law theory has led to an involvement in a series of conferences on this theme, and he has recently edited (with Dr Tim Stanton) a collection of papers from a conference that he organised on Natural Law and Toleration in the Early Enlightenment (published in 2013). He has also pursued the toleration theme in other recent work, notably in a chapter on ‘Toleration’ in the Oxford Handbook of Seventeenth Century British Philosophy, where the argument stresses the importance of seeing British accounts of toleration in the context of more general European philosophical and theological developments.

Other recently published work includes a piece for Political Studies (2011) on the roles played by politically important ‘straw man’ versions of political ideas. In line with the approach outlined above this argues that political theorists and historians more generally have reason to pay attention to the often despised popular versions of political theory which gain popular currency, and which find their way into practical politics. These ‘straw men’ not only play a crucial role in political discourse but also inform philosophical debate in a way that is not usually recognised. Thinking about the nature of this (often concealed) interaction suggests some intriguing routes for the revision of traditional accounts of intellectual history.

Another article in History of Political Thought (‘Baiting the Bear: The Anglican attack upon Hobbes in the later 1660s’) reveals new archival evidence uncovering Anglican attempts to have Hobbes tried as a heretic, placing this in the context of the political situation triggered by the regime change of 1667. Here the treatment of Hobbes also reveals the character of Anglican political anxieties during the period together with an analysis of Hobbes’s own practical aims and objectives.

Jon has also recently published another piece ‘Hobbes and Paradox’ that focuses upon Hobbes’s distinctive use of paradoxical argument, seeking to explore Hobbes’s use of paradox as a way of generating a particular form of political self-consciousness in his readers. This paper (in the Oxford Handbook of Hobbes) draws attention to the way that Hobbes relied upon a particular physiological account of the operation of paradox, a theme which reflects my general interest in the interaction between medicine and political philosophy during this period.

Self-Censorship
Jon’s interest in this topic grew out of conferences that he organised as Director of the Morrell Toleration Programme in York. Self-censorship is a pervasive, if heterogenous, phenomenon, but one of peculiar importance to modern democratic societies. As traditional forms of censorship fall into disrepute, self-censorship has arguably become the most important, perhaps the dominant, form of censorship operating in modern western societies, where formal guarantees of individual liberty crucially mask the role of more informal constraints upon self-expression. Jon aims to organise the first large-scale inter-disciplinary project dedicated to the topic of self-censorship. The historical dimension to the  project considers the conceptual genealogy of the idea of self-censorship (by relating the concept to ideas such as dissimulation, decorum and propriety, for example). Aside from acting as the Principal Investigator for the project Jon’s own contribution will be to provide a history of self-censorship in early modern Europe. This research will consider the part played by ideas of self-censorship during the period ranging from the thought that self-censorship might be a morally  appropriate form of self-restraint, to more condemnatory discussions of self-censorship as the corrosive product of particular forms of political and religious life. The work would seek to track changes in attitudes towards forms of self-censorship in European cultural and political life during the period, and to recover early modern discussions of a peculiarly relevant topic that have been lost to view. Jon’s chapter ‘Thomas Hobbes and the problem of self-censorship’ (in Baltussen and Davis (eds) The Art of Veiled Speech (2015)) considers Hobbes’s treatment of this theme and sets it within the context of larger European discussions about the ethics of self-concealment and censorship.

Latitudinarianism
Building upon his long running interest in the intellectual history of Anglicanism, Jon also plans  to develop a detailed prosopographical study of key individuals associated with ‘Latitudinarianism’, to chart their intellectual, religious and political development in the context of seventeenth century politics and society. The aim would be to tease out the institutional and practical links that sustained distinctive shared religious and moral agendas. This would involve careful examination of evidence to establish exactly how these divines interacted with each other and with, for example, their patrons, publishers, congregations and readers, as well looking carefully at what they read and how they deployed ideas in a practical context. From the work that he has completed so far it is clear that this approach will produce an account that will significantly revise traditional intellectual histories of the Latitudinarianism. Placing ‘Latitudinarians’ in their context in this way will reveal more clearly important features of England’s peculiarly clerical process of Enlightenment.

Approaches to the History of Political Thought
Building upon his experience of teaching courses on the history of political thought, Jon also plans to write a book covering key approaches to the history of political thought, covering thinkers such as RG Collingwood, Micahel Oakeshott, Leo Strauss, Quentin Skinner, John Pocock, Michel Foucault, Hans-Georg Gadamer and others. The work would also offer a substantial discussion of the politically engaged character of methodological approaches in this field, together with a consideration of their philosophical foundations. There is an important sense in which this would be a reaction or antidote to the kind of ‘methods’ texts increasingly deployed in postgraduate training insofar as it would stress that methodologies simply cannot be (as they so often are) considered in isolation from the wider intellectual structures that inform them. To that end each thinker would be considered in this way to show the deeper connections between their wider philosophical and political positions and the kind of approach that they endorse. This would be with a view to suggesting that choice of method, if it is to be productive and coherent, is intimately related to consideration of these broader commitments. The pedagogical suggestion that arises is that methodologies cannot simply be thought of in terms of transferrable conceptual toolkits, but rather, if methodology is to guide meaningful enquiry, it must arise from considered judgement of, and reflection upon, the character of one’s concerns.

Teaching
Historiography
Theories of the State

The Scientific Movement in the Seventeenth Century 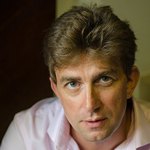 Position
Tutorial Fellow in History
Subject
History
Department
Academic - Fellows & Lecturers
jon.parkin@st-hughs.ox.ac.uk
We use cookies on our website to give you the most relevant experience by remembering your preferences and repeat visits. By clicking “Accept All”, you consent to the use of ALL the cookies. However, you may visit "Cookie Settings" to provide a controlled consent.
Cookie SettingsAccept All
Manage consent