After studying for an undergraduate degree in Anglo-Saxon, Norse and Celtic at Cambridge, Nick moved into the later medieval period for his graduate research, which centred around the early fifteenth-century bureaucrat, poet and melancholic Thomas Hoccleve. He still works on aspects of Hoccleve’s writing and political literature in the late middle ages. His other research interests include manuscripts and readers of Middle English poetry, the uses that medieval writers made of the Bible, and a current major project on gifts and narratives in the medieval period. Nick curated an exhibition at the Bodleian Library, Oxford, called The Romance of the Middle Ages, and hosted the 2012 Romance in Medieval Britain conference. He is also interested in modern creative responses to the medieval past.

Nick holds a joint (so-called CUF) appointment with the Faculty of English, where he is Associate Professor in Medieval English literature. As a Tutorial Fellow at St Hugh’s Nick teaches English literature and language from the Anglo-Saxon period to the sixteenth century. He also teaches aspects of language history and critical theory. In 2012 Nick was given a Teaching Excellence Award by the University of Oxford. 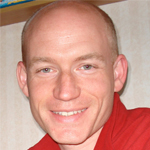 Position
Tutorial Fellow in English
Subject
English Language and Literature
Department
Academic - Fellows & Lecturers
nicholas.perkins@st-hughs.ox.ac.uk
We use cookies on our website to give you the most relevant experience by remembering your preferences and repeat visits. By clicking “Accept All”, you consent to the use of ALL the cookies. However, you may visit "Cookie Settings" to provide a controlled consent.
Cookie SettingsAccept All
Manage consent