Dr Panico (Nick) Stylianou’s academic area of interest is in Greek History and Historiography, especially of the Classical period but including Alexander the Great and the early successors. Nick has a BA Hons (Lancaster), MPhil (Newcastle) and DPhil (Oxon). 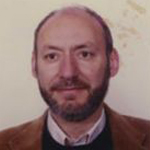 Position
Non-Stipendiary Lecturer in Classics
Subject
Classics
Department
Academic - Fellows & Lecturers
panico.stylianou@classics.ox.ac.uk
We use cookies on our website to give you the most relevant experience by remembering your preferences and repeat visits. By clicking “Accept All”, you consent to the use of ALL the cookies. However, you may visit "Cookie Settings" to provide a controlled consent.
Cookie SettingsAccept All
Manage consent