I studied US and Latin American Studies at King’s College, London as an undergraduate before moving to Oxford for postgraduate study (MSc Social Anthropology, 2005; PGCE English, 2006; DPhil Education, 2011). In 2014 I was awarded a Fulbright Peabody Scholarship to conduct research as a Visiting Scholar at New York University. This project comprised a two year comparative ethnographic study exploring aspiration and imagined futures in urban public/state schools in NYC and London. 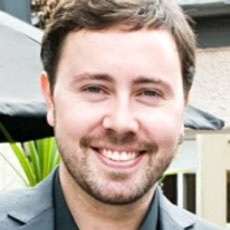 Position
Stipendiary Lecturer in Anthropology
Subject
Archaeology and Anthropology
Human Sciences
Department
Academic - Fellows & Lecturers
We use cookies on our website to give you the most relevant experience by remembering your preferences and repeat visits. By clicking “Accept All”, you consent to the use of ALL the cookies. However, you may visit "Cookie Settings" to provide a controlled consent.
Cookie SettingsAccept All
Manage consent