Senia is a historian of modern Ireland with a particular interest in the history of education, religious identity formation and political movements and ideas in the late nineteenth and early twentieth centuries. She has published on the development of a Catholic university elite in pre-independence Ireland and has also worked on a number of aspects of women’s history, including the history of feminism and women’s education in Ireland.

Her current research is in the history of women and political activism in Britain and Ireland. Her new book, Irish Nationalist Women, 1900-1918 (Cambridge, 2013), examines how politically active women worked within broader nationalist and feminist contexts during a volatile period of Irish history. She is now working on a book which considers further forms of women’s political activism including Irish unionism, socialism, education and social reform. Senia is also interested in connections between Irish and British radical politics and is currently writing on the centrality of the Irish Question to the women’s suffrage movement across the United Kingdom.

Senia is a co-director of the Women in Humanities programme in the Oxford Centre for Research in the Humanities (TORCH) and a member of the Steering Committee of the History Faculty’s Centre for Gender, Identity and Subjectitvity (CGIS). 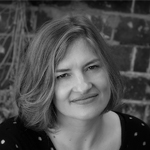 Position
Senior Research Fellow in History
Subject
History
Department
Academic - Fellows & Lecturers
senia.paseta@st-hughs.ox.ac.uk
We use cookies on our website to give you the most relevant experience by remembering your preferences and repeat visits. By clicking “Accept All”, you consent to the use of ALL the cookies. However, you may visit "Cookie Settings" to provide a controlled consent.
Cookie SettingsAccept All
Manage consent