Tom Kuhn studied German and History as an undergraduate and wrote his doctorate on German exile literature. His main research interests are in political literature in the 20th century. He has worked particularly on Bertolt Brecht, and is the series editor of the main English-language edition of Brecht’s works. In addition, he has written on exile and anti-fascist literature, and on more recent drama. His current projects include a book on Brecht’s use of visual art and other pictorial material and several further edited volumes and translations of Brecht’s own writings.

Dr Kuhn is the holder of a large AHRC research grant which will support his work on Brecht and the activities of his research group through until 2018. As well as publications, the project includes a programme of outreach activities and cultural events. See the project website for more details. 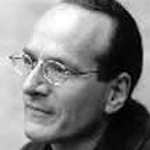 Position
Tutorial Fellow in German
Subject
Modern Languages
Department
Academic - Fellows & Lecturers
tom.kuhn@st-hughs.ox.ac.uk
We use cookies on our website to give you the most relevant experience by remembering your preferences and repeat visits. By clicking “Accept All”, you consent to the use of ALL the cookies. However, you may visit "Cookie Settings" to provide a controlled consent.
Cookie SettingsAccept All
Manage consent