Fergus Cochrane-Dyet OBE (MSc African Studies, 2019) was elected to an Honorary Fellowship of St Hugh’s College, in recognition of his outstanding diplomatic career and services to British foreign policy.

Fergus was on a sabbatical from the Foreign Office when he undertook an MSc in African Studies at St Hugh’s College in 2019. He was appointed OBE “for services to British foreign policy” in the Queen’s Birthday Honours 2015. 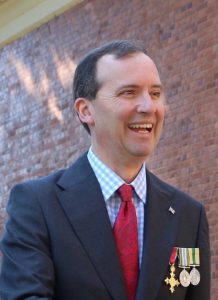