Isabel Rivers has been Professor of Eighteenth-Century English Literature and Culture in the School of English and Drama, Queen Mary University of London, since 2004. She was Fellow and Tutor in English at St Hugh’s from 1985 to 2004, and successively Lecturer, Reader, Professor and Leverhulme Major Research Fellow in the University. Before moving to Oxford she was Lecturer and then Reader at the University of Leicester (1973-85), and Ottilie Hancock Research Fellow at Girton College, Cambridge (1970-73). She was an undergraduate at Girton and did her PhD at Columbia University, New York.

She has longstanding interests in literature and religion, intellectual and religious history, and the history of the book from the mid seventeenth to the mid nineteenth centuries. During her time at St Hugh’s she published Reason, Grace, and Sentiment: A Study of the Language of Religion and Ethics in England, 1660–1780, 2 vols. (1991-2000). She is currently completing a study of dissenting, Methodist, and evangelical literary culture in England from 1720 to 1800 for Oxford University Press, and she runs a project on the dissenting academies in the British Isles from 1660 to 1860. 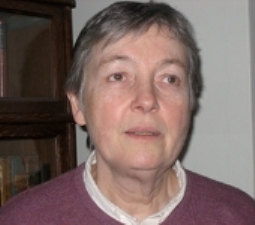 Position
Emeritus Fellow
Subject
English Language and Literature
History
Department
Emeritus Fellows
We use cookies on our website to give you the most relevant experience by remembering your preferences and repeat visits. By clicking “Accept All”, you consent to the use of ALL the cookies. However, you may visit "Cookie Settings" to provide a controlled consent.
Cookie SettingsAccept All
Manage consent