Kay Carberry CBE worked as a teacher for three years and became active in the National Union of Teachers (NUT) where she became a researcher.

She began working for the Trades Union Congress (TUC) in 1978 and recently retired as Assistant General Secretary of the TUC, having previously been the first head of the TUC’s Equal Rights Department, set up in 1988.

She was responsible for the TUC’s internal management, including finance, human resources and planning. She also oversaw work on a number of public policy issues, including pensions, equality and skills.

During her career at the TUC Kay worked across a range of policy areas and has served on a number of government advisory bodies on equality, education, training and employment. She was a member of the Women and Work Commission and was a Commissioner of both the Equal Opportunities Commission and the Equality and Human Rights Commission.

She has a particular interest in employment law and discrimination law and chaired both the EHRC’s and EOC’s Legal Committees. She was appointed to the Low Pay Commission in 2012. 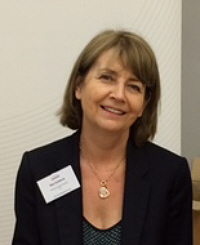