In the early 1970s Patrice Wellesley-Cole (Law, 1971) was the only black undergraduate at the College, and she describes her time at Oxford as “one of the happiest times of my life and a rare privilege”. She made lifelong friends at the College with whom she still has regular monthly catch-ups via Zoom from all over the world.

Patrice was called to the Bar (Inner Temple) after graduating from St Hugh’s and returned to Freetown, where she had lived for six months before coming up, as a qualified barrister. She set up a general law practice specializing in conveyancing, wills, probate, commercial, and crime.

She also immersed herself in voluntary work, becoming Secretary and then Coordinator of International Relations of the Sierra Leone Association of University Women. In this capacity she attended the International Federation of University Women Conference and in 1989 was elected as Vice-President of the IFUW. She was both the youngest and the first elected African Vice-President.

In 1990 she returned to England, eventually becoming a full-time judge in 2002, with jurisdiction covering immigration and asylum and deportation, human rights, bail, and EU cases.

After early retirement as a Tribunal Judge in 2017, Patrice served as President of the British Federation of Women Graduates (BFWG) and Director of Funds for Women Graduates (FFWG) from 2017-2020, which is one of the largest providers of post-graduate scholarships in the country. 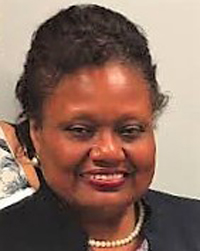