Anthony Watts was appointed the C W Maplethorpe Fellow in Biological Sciences at St Hugh’s College in 1983. He was also Vice-Principal of the College. He graduated from Leeds University with a BSc (Hons) and PhD in Biophysics, before going to the Max Planck Institute for Biophysics in Göttingen, Germany in 1976. He came to Oxford in 1980 as a departmental demonstrator and secured tenure in 1983 with a University Lectureship and appointed to the endowed CW Maplethorpe Fellowship in 1984, gaining his Professorship and DSc (Oxon) in 1996. He is currently Chair of the British Biophysical Society, Managing Editor of the European Biophysical Journal and a Senior Scientist at ISIS, Rutherford Appleton Laboratories at which he is also director of the Biological Solid State NMR facility. At St Hugh’s Professor Watts was responsible for students reading Molecular and Cellular Biochemistry in the Biochemistry Department. He was elected as an Emeritus Fellow following his retirement in October 2017.

The research interests of my group are membrane proteins, in particular those which are drug and hormone targets. Using a range of biophysical methods, we investigate how knowledge of their structure can be used to explain their function, and more importantly, how the motional dynamics of a drug target couples to its signalling activity. We work on proteins involved in neurological action, including ligand-activated ion channels and hormone receptors (the acetyl choline receptor and neurotensin receptor, implicated in Schizophrenia and Parkinson’s respectively), rhodopsin (the visual receptor in the eye), and the proteins which maintain the electrical gradient across the cell membranes, and are targets for peptic ulcer drugs and in heart failure. The group is highly multidisciplinary and comprises molecular biologists, biochemists, chemists, and physicists.

The position and conformation of a drug used to treat peptic ulcers in the stomach, resolved using the novel methods developed in the group. The very high resolution and detail is helping the understanding about how such drugs work, and in the design of new drugs, some of which are based on biologically available compounds and hormones.

The structure of the red coloured vitamin A derivative, retinal (found in carrots) embedded in the protein called rhodopsin found in the retina of the eye. The structure was determined for the first time by the Watts group. This information helps us understand how light is converted by this photoreceptor protein into a signal to the brain, and how one photon (packet) of light is converted into 1 million biochemical events sent to the brain. Watch a video about this aspect of the research on the College’s YouTube channel. 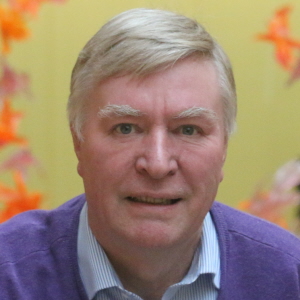 Position
Emeritus Fellow
Subject
Biochemistry
Department
Emeritus Fellows
anthony.watts@st-hughs.ox.ac.uk
We use cookies on our website to give you the most relevant experience by remembering your preferences and repeat visits. By clicking “Accept All”, you consent to the use of ALL the cookies. However, you may visit "Cookie Settings" to provide a controlled consent.
Cookie SettingsAccept All
Manage consent