Professor Christina Kuhn is a Tutorial Fellow and University Lecturer in Ancient History at Lady Margaret Hall and a college lecturer at St Hugh’s College.

Her research interests centre on the political, social and cultural history of the Roman Empire and the provincial administration and civic life of Roman Asia Minor. She is particularly interested in Latin and Greek epigraphy, Roman imperial historiography (Tacitus, Cassius Dio) and the authors of the Second Sophistic (esp. Dio Chrysostom, Aelius Aristides). Her current projects deal with various aspects of political communication in the Graeco-Roman world. She has edited Politische Kommunikation und öffentliche Meinung in der antiken Welt (2012) and co-edited Applied Classics: Comparisons, Constructs, Controversies (2009). She is assistant editor of the Supplementum Epigraphicum Graecum. 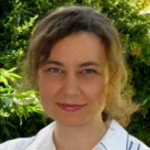 Position
Lecturer in Classics
Subject
Classics
Department
Academic - Fellows & Lecturers
christina.kuhn@classics.ox.ac.uk
We use cookies on our website to give you the most relevant experience by remembering your preferences and repeat visits. By clicking “Accept All”, you consent to the use of ALL the cookies. However, you may visit "Cookie Settings" to provide a controlled consent.
Cookie SettingsAccept All
Manage consent