Clive Wilson graduated in Biochemistry from the University of Cambridge in 1983 and received his doctorate in 1986 from the University of Warwick. He first worked with fruit flies and appreciated their importance as a model for human genetic disease as a postdoctoral fellow in the labs of Walter Gehring (Basel, 1987-1990) and Hermann Steller (Cambridge, USA, 1990-1993), before returning to the UK as a Lecturer at the University of Kent. Clive moved to Oxford as a Lecturer in Biomedical Sciences in 2001 and is currently a Reader in Molecular Genetics.

Clive’s primary research interests are in the study of insulin signalling and its functions. In addition to its well-known role in diabetes, insulin signalling is also abnormally high in the majority of human cancers. However, many genes required for normal insulin signalling are yet to be identified. Any one of these may provide a key missing link in our understanding of both cancer and diabetes. Clive is using the fruit fly, Drosophila melanogaster, to find new genes involved in insulin signalling, employing the remarkably powerful genetic techniques available in these animals. These studies have already revealed new functions for this signalling pathway in controlling cell polarity and growth, and have identified many new components of the pathway, whose human homologues are already being tested for roles in normal cell physiology and disease. His group’s work has also led to the identification of other regulators of cell growth and movement, which are also under study in the lab.

For more information about Clive see his departmental page which also includes information on The Wilson Group. 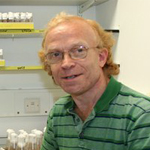 Position
Tutorial Fellow in Medicine
Subject
Medicine and Biomedical Sciences
Department
Academic - Fellows & Lecturers
clive.wilson@st-hughs.ox.ac.uk
We use cookies on our website to give you the most relevant experience by remembering your preferences and repeat visits. By clicking “Accept All”, you consent to the use of ALL the cookies. However, you may visit "Cookie Settings" to provide a controlled consent.
Cookie SettingsAccept All
Manage consent