Tutorial Fellow in the Politics of Latin America

Currently, my research has a number of major overlapping strands, which all broadly revolve around executives, ideology and political economy. I am very interested in how informal capital flows, such as remittances, affect the political preferences and political behaviour of recipients across Latin America, and what this might mean for macro-level policy outcomes and the party system more generally. I am also interested (together with Néstor Castañeda-Angaraita) in the political preferences of informal workers in Latin America, and what these preferences mean for left-leaning governments and their taxation and spending strategies. Together with Christian Arnold and Nina Wiesehomeier, I am involved in a large project examining the revealed position of Latin American presidents in their speeches and the ideological compromise they engage in.

I am an Associate Professor of Latin American Politics in the Department of Politics and International Relations  at the University of Oxford, and a Fellow of St Hugh’s College. I am a member of the Latin American Centre. 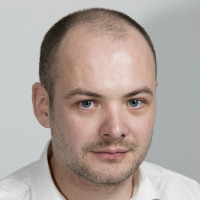 Position
Tutorial Fellow in the Politics of Latin America
Subject
PPE
Department
Academic - Fellows & Lecturers
david.doyle@st-hughs.ox.ac.uk
We use cookies on our website to give you the most relevant experience by remembering your preferences and repeat visits. By clicking “Accept All”, you consent to the use of ALL the cookies. However, you may visit "Cookie Settings" to provide a controlled consent.
Cookie SettingsAccept All
Manage consent