Edward de Haan is a Professor of Neuropsychology and Consultant Clinical Neuropsychologist at the University of Amsterdam. He trained as a Clinical Psychologist in Groningen, the Netherlands (1983). In the same year, he moved to Oxford to work with Freda Newcombe at the MRC Neuropsychology Unit in the Radcliffe Infirmary. He finished his PhD on face recognition disorders in 1988, co-supervised by Andy Young.

From 1991 until 2008, he was Professor of Neuropsychology at Utrecht University and Utrecht Academic Hospital. He subsequently moved to the University of Amsterdam.

His research interests range from applied clinical neuropsychological to fundamental neuroscience, particularly visual and somatosensory perception, and consciousness. He is currently working in the St. Hugh’s Library on the Archive of the WWII veterans with gunshot wounds. 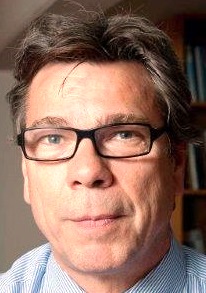 Position
Senior Research Fellow
Subject
Medicine and Biomedical Sciences
Psychology
Department
Academic - Fellows & Lecturers
We use cookies on our website to give you the most relevant experience by remembering your preferences and repeat visits. By clicking “Accept All”, you consent to the use of ALL the cookies. However, you may visit "Cookie Settings" to provide a controlled consent.
Cookie SettingsAccept All
Manage consent