Professor Dr Horst Eidenmüller holds the Freshfields Chair for Commercial Law at the University of Oxford and is a Professorial Fellow at St Hugh’s College, Oxford.

Eidenmüller was born in Munich, Germany. He obtained an LLM at Cambridge University (1989) and a PhD from Munich University (1994) after working for McKinsey & Co. in the 1990s. After his Habilitation in 1998, he was a law professor at the University of Münster from 1999 until 2003. From 2003 to 2014, he held the chair for Private Law, German, European and International Company Law and Munich University. This position was designated as a research professorship under the excellence scheme of the German Research Foundation from 2007 to 2011. Eidenmüller was appointed to his current position on 1 January 2015.

Eidenmüller’s main research areas are contract law, company and bankruptcy law, and alternative dispute resolution. He is known for his economic and empirical analysis of problems in these fields. Eidenmüller has held visiting positions at major other universities such as Cambridge (2007), Harvard (2011) and Stanford (2014). From 2008 to 2009, he was a Fellow of the Institute for Advanced Study in Berlin. Eidenmüller is a Research Associate of the European Corporate Governance Institute (since 2009) and a Member of the Berlin-Brandenburg Academy of Sciences and Humanities (since 2008). He has acted as arbitrator in more than 30 commercial disputes (DIS, ICC, UNCITRAL, Ad Hoc) and as mediator in more than 50 commercial disputes since 1995. 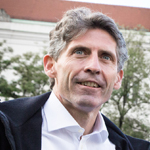 Position
Freshfields Chair in Commercial Law
Subject
Law
Department
Academic - Fellows & Lecturers
01865 284472
horst.eidenmuller@st-hughs.ox.ac.uk
We use cookies on our website to give you the most relevant experience by remembering your preferences and repeat visits. By clicking “Accept All”, you consent to the use of ALL the cookies. However, you may visit "Cookie Settings" to provide a controlled consent.
Cookie SettingsAccept All
Manage consent