My research is in theoretical condensed matter physics. Condensed matter physics involves using well-established physical laws – mainly quantum mechanics, electromagnetism and statistical mechanics – to understand the behaviour of solids and fluids under the range of conditions that can be produced in the laboratory – for example, by varying temperature, pressure or magnetic field strength. More specifically, two separate areas that I am particularly involved in at present are geometrically frustrated magnets and quantum systems far from equilibrium. Two other subjects on which I have worked extensively are the quantum Hall effect and disordered conductors.

Some of my earlier research contributions include: work on Anderson localisation and the integer quantum Hall effect, in particular the formulation of the network model for the plateau transition; work on stripe and bubble phases in high Landau levels; identification of the chiral metal in multilayer quantum Hall systems; and studies of the Heisenberg model on the kagome and pyrochlore lattices.

I am a Professor in the Physics Department at Oxford University and a Tutorial Fellow at St Hugh’s College, Oxford. I received my BA in Physics and Theoretical Physics from Cambridge University in 1978 and my DPhil in Theoretical Physics from Oxford University in 1981. I held a SERC/NATO Postdoctoral Fellowship at Heidelberg University from 1981 to 1983 before becoming a Lecturer in Physics at Southampton University from 1983 to 1991. I have been a member of academic staff at Oxford University since 1991. I was the Institute of Physics Mott Lecturer in 2000 and was awarded a Research Prize by the A. von Humboldt Foundation in 2000, and the Rayleigh Medal and Prize of the Institute of Physics in 2008. 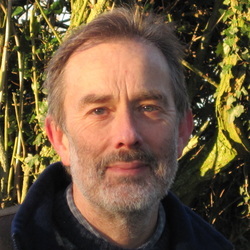 Position
Tutorial Fellow in Physics
Subject
Physics
Department
Academic - Fellows & Lecturers
j.chalker1@physics.ox.ac.uk
We use cookies on our website to give you the most relevant experience by remembering your preferences and repeat visits. By clicking “Accept All”, you consent to the use of ALL the cookies. However, you may visit "Cookie Settings" to provide a controlled consent.
Cookie SettingsAccept All
Manage consent