Professor Kim Plunkett is Director of the Oxford BabyLab, Emeritus Fellow of St Hugh’s College and Professor of Cognitive Science.

Kim obtained a BSc in Physics from Imperial College before switching to Experimental Psychology at Sussex University where he obtained a D.Phil. in 1979. After brief sojourns at Nottingham University and the Open University, he moved to the Institute of Psychology, Aarhus University, Denmark and studied children’s acquisition of Scandinavian languages. From 1986, he spent a great deal of time at the University of California, San Diego studying the application of neural networks to modelling linguistic and cognitive development in young children. Since 1991, he has been a member of the faculty in the Department of Experimental Psychology, University of Oxford and a Fellow of St. Hugh’s College, Oxford. In 1992, he established the Oxford BabyLab which is a research facility for the experimental investigation of linguistic and cognitive development in babies and young children. He maintains an active interest in Scandinavian languages and neural network modelling.

Kim’s main interest is in understanding the mechanisms of change that drive linguistic and cognitive development in infants and young children. The primary focus of his work is on word recognition, word learning, semantic development and category formation during the first two years of life. He also has a long standing interest in morphological processes in children and adults.

Kim was welcomed into The Academy of Social Sciences in March 2013. 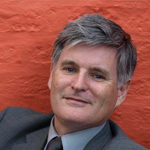 Position
Emeritus Fellow
Subject
Psychology
Department
Emeritus Fellows
kim.plunkett@st-hughs.ox.ac.uk
We use cookies on our website to give you the most relevant experience by remembering your preferences and repeat visits. By clicking “Accept All”, you consent to the use of ALL the cookies. However, you may visit "Cookie Settings" to provide a controlled consent.
Cookie SettingsAccept All
Manage consent