Mike’s interests are primarily in legal history: particularly the history of equity, that of procedure, and historical relations between the common law and civil law tradition. He also has an interest in Marxist theory and its application to understanding law (in the sense of legal doctrine) as a social and historical phenomenon and the ‘limits of law’. ‘Doing law’ without a sense of its history is in his opinion like trying to live without a long-term memory.

Mike teaches legal history at undergraduate level (History of English Law) and masters’ level (BCL/MJur Law and Society in Medieval England, and BCL/MJur Roman and Civilian Law of Contracts); and gives tutorials in Roman Introduction to Private Law, Land Law, and Tort. He has supervised D.Phil, M.St., and BCL/MJur theses in legal-historical topics.

Mike studied law as an undergraduate and at masters’ level (BCL) at Magdalen College in 1972-75 and 1980-82, and began working for his D.Phil while holding a temporary teaching post (as Liu Po Shan Law Lecturer) at Trinity College in 1982-85, completing the thesis some time later. He subsequently taught at Leeds University, Southampton Institute of Higher Education (now Southampton Solent University), and Lancaster University, before coming to St Hugh’s in 2000.

Learn more about Mike, including a list of publications, on his Oxford Law profile. 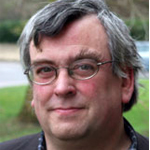 Position
Tutorial Fellow in Law
Subject
Law
Department
Academic - Fellows & Lecturers
mike.macnair@st-hughs.ox.ac.uk
We use cookies on our website to give you the most relevant experience by remembering your preferences and repeat visits. By clicking “Accept All”, you consent to the use of ALL the cookies. However, you may visit "Cookie Settings" to provide a controlled consent.
Cookie SettingsAccept All
Manage consent