Professor Robert Vilain joined St Hugh’s from the University of Bristol, where he had been Professor of German and Comparative Literature since 2010 and Director of the South, West & Wales Doctoral Training Partnership since 2020. From 2015 to 2018 he was Warden of Wills Hall, where he was responsible for welfare and pastoral support. He is also Lecturer in German at Christ Church, where he read French and German as an undergraduate in the 1980s and subsequently completed his DPhil in comparative literature. His academic work has focused mostly on comparative topics, especially in the field of modernist poetry and the avant-garde.

Robert’s affection for St Hugh’s goes back some while: his very first experiences of university teaching were for St Hugh’s where both his doctoral supervisors were Fellows (Peggy Jacobs and Mike Holland).

Outside work, a young family keeps Robert on his toes. Music, especially opera, and cooking are his chief distractions. He would like to refine his croquet skills, so is glad that the Senior Tutor’s office looks out over the croquet lawn. 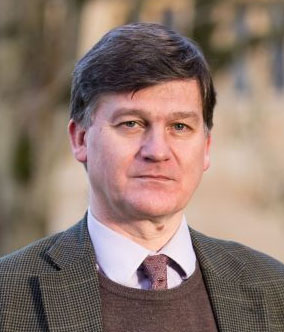 Position
Senior Tutor
Department
Academic - Fellows & Lecturers
robert.vilain@st-hughs.ox.ac.uk
We use cookies on our website to give you the most relevant experience by remembering your preferences and repeat visits. By clicking “Accept All”, you consent to the use of ALL the cookies. However, you may visit "Cookie Settings" to provide a controlled consent.
Cookie SettingsAccept All
Manage consent