Roy Westbrook is an Emeritus Professor of Operations Management and Emeritus Deputy Dean of the Saïd Business School (where Economics and Management – E&M – students attend lectures). He was the Tutorial Fellow in Management Studies at St Hugh’s (1999-2014), and from 2003 to 2006 he was both Tutor for Admissions at St Hugh’s, and Director of the MBA Programme at the Business School. He served as Vice-Principal of St Hugh’s College from 2012 until his retirement in 2014, when he was elected an Emeritus Fellow of the College. In addition to his role as a Management scholar, he led the roll-out of the University’s 1+1 MBA programme, and the Business School’s ground-breaking “Engaging with the Humanities” initiative.

Before coming to Oxford, Roy Westbrook did his PhD at London Business School, where he spent the earlier part of his academic career, and where he later served as an external examiner.

Professor Westbrook is the author of numerous Management articles, including prize-winning ones, and co-editor of an important volume on “Understanding Supply Chains“. He also co-authored a history of opera, and now occasionally lectures on Music History, as well as reviewing classical music performances and recordings for major websites.

Professor Westbrook returned to St Hugh’s in October 2015 to take up the role of Senior Tutor. 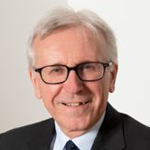 Position
Emeritus Fellow
Department
Emeritus Fellows
roy.westbrook@st-hughs.ox.ac.uk
We use cookies on our website to give you the most relevant experience by remembering your preferences and repeat visits. By clicking “Accept All”, you consent to the use of ALL the cookies. However, you may visit "Cookie Settings" to provide a controlled consent.
Cookie SettingsAccept All
Manage consent