My research interests include African anthropology, medical anthropology, science studies, kinship and sexuality, ordinary language, and labour/value. I am an anthropologist of southern Africa with a particular interest in health, labour, and kinship, especially nutrition and pharmaceuticals and their attendant forms of value and life.

I am currently working on a book manuscript on labour, value, and the gut in the timber plantations of KwaZulu-Natal. I am also working on two ongoing projects: the first is to establish the iSimangaliso Humanities Hub, with support from the National Institute for Humanities and Social Sciences in South Africa, which aims to encourage ethnographic research in northern KwaZulu-Natal. I am particularly interested in how science, governance, identity, and nature are mediated by rivers, wetlands, forests, and mines – i.e. how various forms of life are composed and integrated in ordinary life.

The second is a comparative project, between Cape Town and New Delhi, titled “Urban animals, human livelihoods and health in the global south: a trans-species approach”, funded by the Wellcome Trust, and in collaboration with colleagues at Oxford, Cambridge, Kings College London, and UCL. The project brings together scholars in India and South Africa to examine non-human life in relation to new forms of the urban, and the ways in which health is distributed across and composed by various human and non-human actors and processes.

2017 – With Michelle Pentecost. Strata of the Political: Epigenetic and Microbial Imaginaries in Post-apartheid Cape Town. Antipode 49 (5): 1368-1384.

2016 – Antiretroviral Therapy and Nutrition in Southern Africa: Citizenship and the Grammar of Hunger, Medical Anthropology.(Special Issue, “The Politics and Practices of Evidence-Based Medicine: a Critical Discussion between STS and Medical Anthropology”)

2015 – HIV and the Remaking of Hunger and Nutrition in South Africa: Biopolitical Specification After Apartheid. BioSocieties 10, 143–161

As Tutor for Equality and Diversity, my role is to help ensure that the College is an environment in which all staff and students are treated equally, regardless of race, disability, gender, sex, religion, or age. I also look actively at ways that St Hugh’s can become a more diverse place to study and work. In this capacity, I sit on and advise the Academic, Equality, and Welfare Committees of the College’s Governing Body. I’m here for any student or member of staff who has concerns, questions, or recommendations about equality and diversity in college.

Please don’t hesitate to contact me if you think I can help. I’m here to talk – and listen – in confidence. 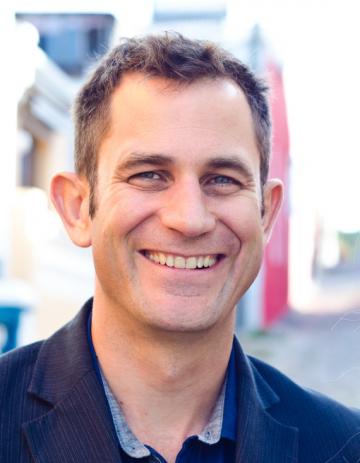 Position
Tutorial Fellow and Tutor for Equality & Diversity
Subject
Human Sciences
Department
Academic - Fellows & Lecturers
We use cookies on our website to give you the most relevant experience by remembering your preferences and repeat visits. By clicking “Accept All”, you consent to the use of ALL the cookies. However, you may visit "Cookie Settings" to provide a controlled consent.
Cookie SettingsAccept All
Manage consent