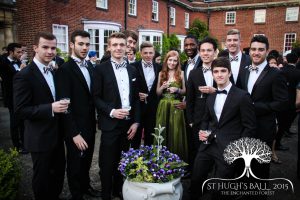 On Saturday 9 May 2015, St Hugh’s was transformed into The Enchanted Forest for the St Hugh’s College Ball 2015.

Our main lawn became The Glade, where Ball guests were welcomed with a drinks reception before the main stage acts entertained the crowd.

The Oxford University Jazz Orchestra kicked off the music before the spectacular firework and light display, followed by electro-swing DJ Jamie Berry, and bands Dot’s Funk Odyssey and The Correspondents. A silent disco continued until the early hours. 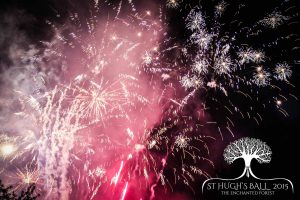 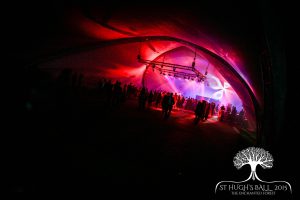 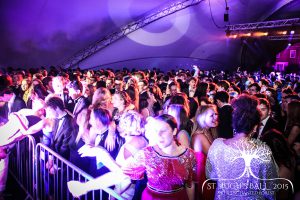 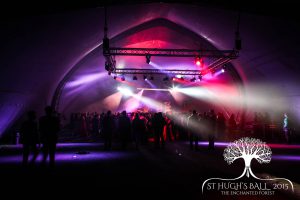 Close to The Glade and Main Building patio was The Enchanted Court, beautifully illuminated with lights and decorated with flowers and leaves. Music here came from Garfunkel, Billie Black, K Stewart and Amber Run. 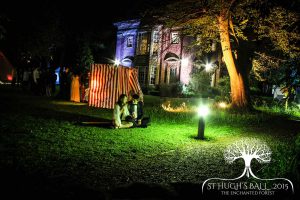 The croquet lawn transformed into The Orchard, where guests could delight in delicious food like artisan pizza, falafel, scrumptious desserts, champagne jellies and more. Hot drinks and breakfast pastries were available for those that danced until dawn.

Tranquillity could be found in The Dells, by our lovely rose arch, where hammocks provided comfort and relaxation. 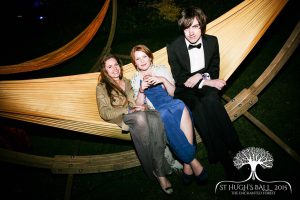 If fairground fun was more guest’s style then The Meadows was the place to find it with a coconut shy, swingboats, delicious fairground food and music from Switch and Karma Kid. Hairstylists from Electric Studios and make-up artists from Benefit were creating flawless looks, and body artist Lapis Lizard was on hand to create fantastic designs. The Groves continued the fairground fun theme with dodgem cars. 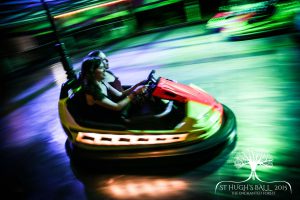 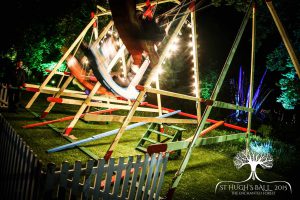 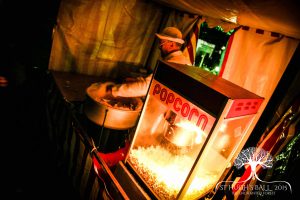 Guests also had the opportunity to support local charity, Oxford Homeless Pathways with a donation.

More photographs of the St Hugh’s Ball 2015 can be found on the Ball’s Facebook page.

Congratulations to our 2015 Ball Committee who worked incredibly hard to design, organise and coordinate such a successful event. Well done!

Working with the Ball Committee were a number of representatives from across the College community.

St Hugh's is very pleased to be hosting an exhibition on the history of the DPhil at Oxford. One of our alumna, Dr Evelyn Simpson, was the first woma...
Read More

The College will be celebrating the Avril Bruten Award for Creative Writing, at an event hosted by award-winning writer Kirsty Gunn, this year's compe...
Read More
We use cookies on our website to give you the most relevant experience by remembering your preferences and repeat visits. By clicking “Accept All”, you consent to the use of ALL the cookies. However, you may visit "Cookie Settings" to provide a controlled consent.
Cookie SettingsAccept All
Manage consent