We were delighted to welcome the Vice-Chancellor of the University, Professor Louise Richardson to St Hugh’s College, to unveil a photograph of Kofoworola Ademola Moore, the first black African woman to achieve a degree at Oxford.

The placing of the photograph at the College was initiated by Pamela Roberts, FRSA, FRHistS, Founder and Director of Black Oxford Untold Stories, which celebrates the contributions and legacies of Oxford University’s black scholars from the turn of the 20th century to the present day.

Following the unveiling of the photograph, Pamela gave a lecture describing Kofoworola’s life as the first black African woman to study at Oxford.

Lady Ademola, as Kofoworola would become, lived a fascinating life as a lifelong advocate for women’s education and social reform. She arrived at St Hugh’s College in 1932 to study English and determined to pursue a teaching career. 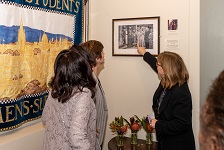 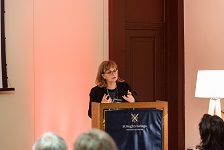 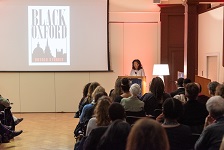 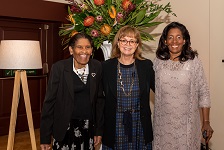 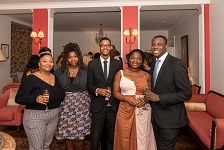 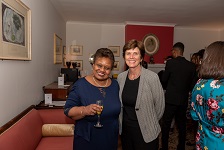 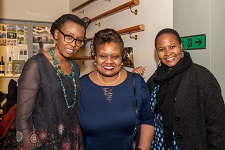 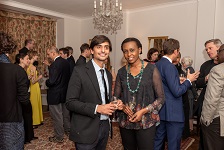