Anke Hein is an anthropological archaeologist focusing on pre-historic and early historic China. Her main research interest lies with questions of inter-cultural contact and human-environment interaction in the so-called border regions of China and beyond. She has a background in Archaeology and Anthropology as well as Classical Sinology acquired at various research institutions in Germany, China, and the United States. After completing her doctoral studies at the University of California Los Angeles (UCLA) in 2013, Anke served as postdoctoral fellow at Hebrew University and at the University of Munich. In January 2016, she became a Fellow of St Hugh’s and joined the faculty of the Institute of Archaeology; she is also affiliated with the Oxford China Centre.

Anke has been involved in archaeological work in the mountains of Southwest China for many years. Additionally, she has conducted ethnographic fieldwork on the Nuosu (Yi) on the eastern rim of the Tibetan Plateau and their interactions with other ethnic groups and their natural environment. Another interest of hers concerns burial data as a source of evidence for various forms of past identities. In her newest research project, she is turning her attention to another expression of group identities reflected by focusing on patterns of ceramic production and usage in prehistoric Northwest China.

Further information can be found on the website of the School of Archaeology and on her own website.

Anke is currently accepting MSt, MPhil, and DPhil students and is more than happy to advise undergraduate students with an interest in early China as well. If you are interested in pursuing studies and research on early material culture from China/East Asia, please contact her at anke.hein@arch.ox.ac.uk. 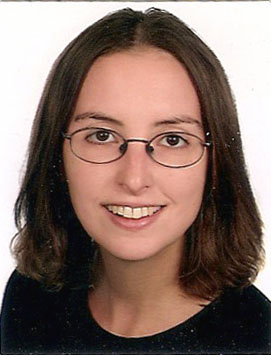 Position
Peter Moores Associate Professor in Chinese Archaeology and non-tutorial fellow
Subject
Archaeology and Anthropology
Department
Academic - Fellows & Lecturers
anke.hein@arch.ox.ac.uk
We use cookies on our website to give you the most relevant experience by remembering your preferences and repeat visits. By clicking “Accept All”, you consent to the use of ALL the cookies. However, you may visit "Cookie Settings" to provide a controlled consent.
Cookie SettingsAccept All
Manage consent