Ed received a BA in Experimental Psychology (1996), an MSc in Neuroscience (1998), and a DPhil in Pharmacology (2002) from the University of Oxford. His postdoctoral research in cortical network physiology was pursued under the mentorship of Professor Ole Paulsen, University of Oxford (2002-2006), and subsequently Professor Istvan Mody, University of California at Los Angeles (2007-2010). He was appointed University Lecturer at the Department of Physiology Anatomy and Genetics from 2011, associated with a Tutorial Fellowship at St Hugh’s College, and currently holds a BBSRC New Investigator Award.

Learn more about Ed on his department page. 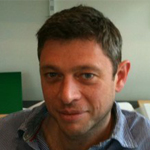