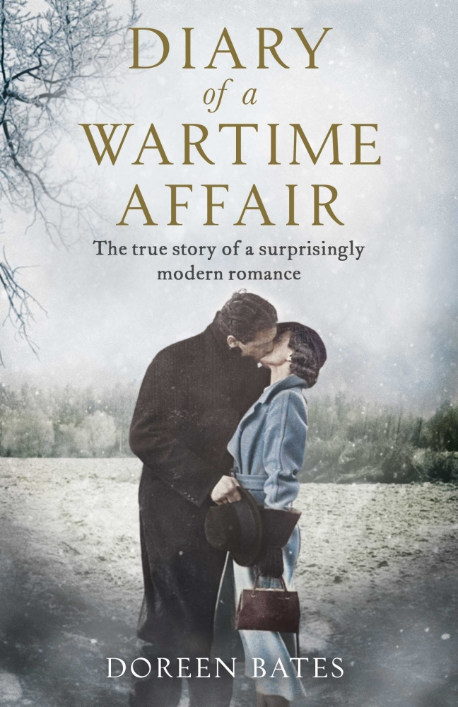 On Thursday 3rd November, St Hugh’s hosted the launch of Emeritus Fellow Professor Margaret Esiri’s book. The book, entitled Diary of a Wartime Affair: The True Story of a Surprisingly Modern Romance, is the diary of Doreen Bates (Professor Esiri’s mother); written during 1934 in London, it relates the story of Bates’ passionate affair with a married colleague among the bombs and sirens of war-torn London. After the death of their mother in 1994, Professor Esiri and her brother, Andrew Evans, began to collate and edit the diary, which was published with Penguin this month.

‘On Tuesday April 3, 1934, at the age of 27, Doreen Bates began writing a journal. In it she described living through the war – the dances and concerts she attended amid bombs and gunfire – and her civil service career. But at the heart of her diary was her affair with an older, married colleague, William Evans, referred to in the diary as E.

When Doreen joined the Inland Revenue, Evans had been working there for several years and was married to Kathleen (K in the diary), a ballet teacher. They lived in Kingston-upon-Thames and had no children, while Doreen lived near Purley, south London, with her mother, Rosa, father, Wyndham, and younger sister, Margot. Both Doreen’s parents were religious, and Rosa, in particular, was fiercely hostile to Evans and refused to meet him. This posed a great dilemma for them all, especially as Doreen was desperate to have Evans’s child, which becomes clear as her diary unfolds…’

The rest of this review can be found on The Telegraph’s website, while the book itself is available to buy via Amazon.

Congratulations to Dr Tom Kuhn, Tutorial Fellow in German at St Hugh’s, on the ...
Read More

Congratulations to Professor Ève Morisi on the publication of ‘Death Sentences: Literature and State Killing’

Death Sentences: Literature and State Killing, co-edited by Professor Ève Morisi, Tutorial Fellow in French, along with Dr Birte Christ, has...
Read More
We use cookies on our website to give you the most relevant experience by remembering your preferences and repeat visits. By clicking “Accept All”, you consent to the use of ALL the cookies. However, you may visit "Cookie Settings" to provide a controlled consent.
Cookie SettingsAccept All
Manage consent