Oxford’s first woman don, Annie Rogers, has been commemorated for her work as a ceaseless campaigner for women’s full membership of Oxford University.

After gaining first class honours in Latin and Greek in 1877 and Ancient History in 1879 at the University of Oxford, Annie Rogers went on to become the secretary of Association for Promoting the Higher Education of Women, which was influential in a campaign for women to earn full degrees at Oxford.  From 1894 to 1936 (with a gap of just one year) Annie was on the council of St Hugh’s Hall (later College), and later worked as classics tutor at the College (1907–1920).

Annie lived near the city centre in St Giles’ with her widowed mother and was a familiar Oxford character, riding a bicycle well into her seventies.  While she was voted off the St Hugh’s council following her extreme partisanship against the principal, Eleanor Jourdain, during the St Hugh’s Row of 1923-24, Annie was quickly reinstated to help draft the new charter and statutes adopted by the College in 1928. In 1936 Annie Rogers was made an Honorary Fellow at St Hugh’s. Later in life, Annie took on a new role at St Hugh’s as ‘custos hortulorum’, where she created a garden stocked with her favourite plants, often grown from cuttings. Tragically, Annie Rogers died on 28 October 1937, knocked down by a lorry in St Giles’ on her way to an evening lecture. 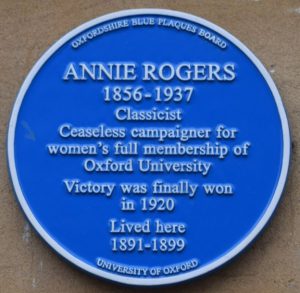 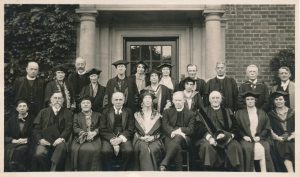 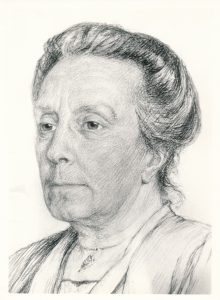