Congratulations to third year St Hugh’s student, Jack Peart (Archaeology and Anthropology, 2020) who found a 1.8m year old Homo erectus mandibular premolar during a dig at the site of Orozmani in Georgia during the summer – the oldest hominin remains found outside of Africa. The main significance of the find is that it is irrefutable evidence of the region being home to one of the earliest prehistoric human settlements in Europe, and possibly anywhere outside Africa.

Jack was part of the Orozmani Field School dig run by the Georgia National Museum. The village of Orozmani lies approximately 60 miles south-west of the Georgian capital, Tbilisi and is near Dmanisi where human skulls dated to 1.8m year old were found in the late 1990s and early 2000s. These finds were the oldest such discovery anywhere in the world outside Africa, and changed scientists’ understanding of early human evolution and migration patterns.

Jack said, ‘Having discovered that Homo erectus was present at the site of Orozmani, we now understand the range of hominin existence extended beyond just Dmanisi. This could imply that the hominin presence was much larger than a single site would imply, and thus possibly existed over a longer period of time. Remains also enable us to compare morphology to other contemporary remains in Africa to discern which species were the first leave Africa and settle in the region.

‘Pre-historic human behaviour is my main interest, particularly the Palaeolithic, so finding the tooth was hugely exciting! The implications not just for this site but for Georgia and the story of humans leaving Africa 1.8m years ago are enormous. It solidifies Georgia as a really important place for Paleoanthropology and the human story in general.’

Below are some images from the dig which include the 1.8m year old Homo erectus mandibular premolar (1st top left) and an Etruscan Wolf skeleton also from the dig, which is the most complete of its kind in the world (2nd from top left). 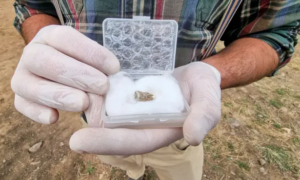 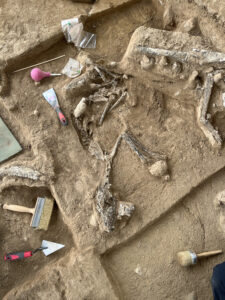 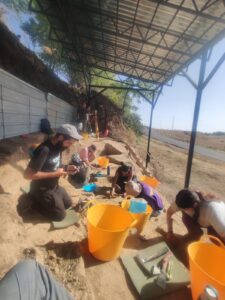 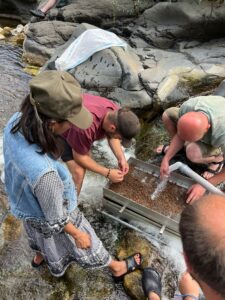 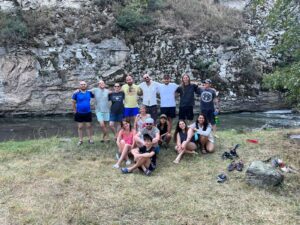 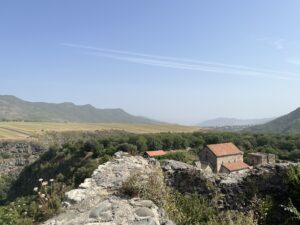