Zara Mohammed, elected Secretary General for the Muslim Council of Britain in 2021, was the guest speaker at St Hugh’s College on Sunday 8 May for an annual Muslim and Christian Interfaith Choral Evensong in the College Chapel.  The event was followed by a delightful catered halal meal in the College Dining Hall for all in attendance.

This special event held just after Ramadan and Eid celebrations was a mix of traditional Choral Evensong liturgy featuring choral singing and congregational hymns, with Islamic greetings and readings from the Qur’an recited in Arabic and English, and other literature.  Zara, who has visited St Hugh’s on two previous occasions, began her excellent address by saying, “This has become a very special service to me not only because I am a regular, but also because it brings together our two faiths, whatever our backgrounds or experiences are, to reflect on unity of purpose on the good that we can all do together.”  She shaped her comments around the themes of adversity, challenge, and patience, reflecting on the COVID-19 pandemic and all other life challenges.  She in turn gently challenged all present with the questions, “What are you doing with the blessings that God has given to you, and what difference are you making [in the world] with the time that you have?”

The Chapel was at full capacity crowd, with some in attendance standing. Those present included Muslim students and staff from around the University and its colleges, including members of the Oxford University Islamic Society, members of the public, and St Hugh’s College members.

The College Chaplain, Dr Shaun Henson, led the service, telling the audience how wonderful it was to welcome Zara, who is both a great faith leader and also a friend, back to St Hugh’s.

Zara is the first woman to hold the position of Secretary General of the Muslim Council of Britain, and is also the youngest, as well being the first Scottish person to serve in the role.  In 2016, she became the first woman to lead the Federation of Student Islamic Societies (FOSIS).

Born in Glasgow, Scotland, Zara studied at the University of Strathclyde where she graduated with an LLB in Human Rights Law.

Below is a  selection of photographs from the evening. 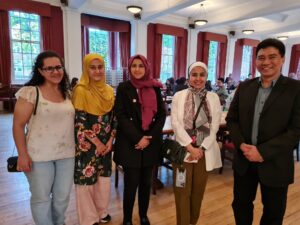 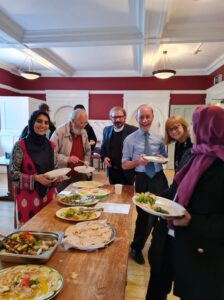 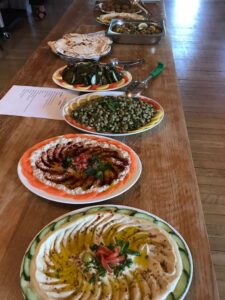