Congratulations to Kanengo Diallo (English, 2019) who has won this year’s Avril Bruten Creative Writing Award for her story “Vumilia”. Kanengo was presented with her prize by Sarah Moss, the acclaimed writer, St Hugh’s alumna and this year’s judge at a special event held in Maplethorpe Hall on Friday 4 March 2022. Kanengo is pictured here receiving her award from Sarah. The runners up were Paige Allen (MSt Women’s, Gender and Sexuality Studies, 2021) and Oliver Lavelle (History, 2020).

To open the event, Molly Jones (English, 2021) read two of Avril Bruten’s poems, and Sarah Moss read an excerpt of her new book ‘The Fell’.  Earlier on in the day Sarah led a workshop at the Pitt Rivers Museum, which saw attendees choose items from the museum’s handling collection and write to them twice, once before and once after hearing about some of the context of the objects.

Explaining the inspiration behind her story, Kanengo said, ”Vumilia’ means “to endure” in Kiswahili. It’s also a saying that’s embedded into the minds of young girls in Tanzania from an incredibly young age. The seeds of my short story began when I came home one day and saw a distant relative of mine sitting on our couch, her eye black from her husband’s punch. She was seeking refuge away from him. It was my first visceral exposure to domestic abuse, and I remember that I was scared but also confused and fascinated. I was 10 years old, and the image of her face never left my mind. ‘Vumilia’ isn’t about that relative. It wasn’t long before I learned that this was a cruel coda to womanhood: the constant fear of your body and how it could be interpreted as an invitation for violence. ‘Vumilia’ is dedicated to the Tanzanian girls who’ve been raised to endure crushing postcolonial and patriarchal structures. To endure all the roles expected of them. The sexual violence perpetrated upon them. The world telling them they deserve it’.

Professor Peter D McDonald, Tutorial Fellow in English said, ‘I was very impressed with Kanengo’s submission for the Avril Bruten Award and I am delighted to see her work getting the recognition it deserves. Congratulations should also go to the runners up, Paige Allen and Oliver Lavelle who stories reflected the high quality of creative writing in all this year’s entries.

‘I would like to thank our esteemed judge, Sarah Moss for all her work in reviewing the submissions and for the excellent workshop she held at the Pitt Rivers Museum which our students enjoyed immensely.’

Sarah Moss recently appeared on BBC Radio 4’s Book Club where she talked about her book The Tidal Zone. You can listen to a recording of that radio episode here. 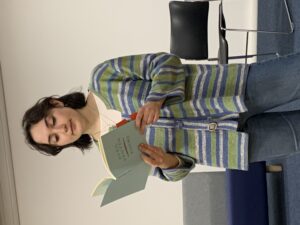 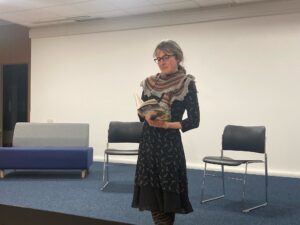 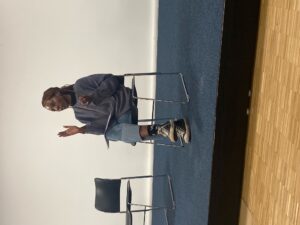 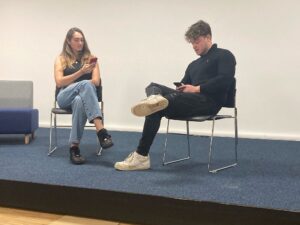 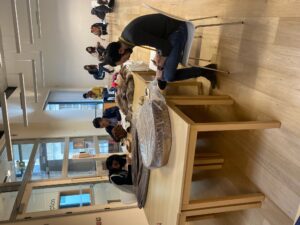 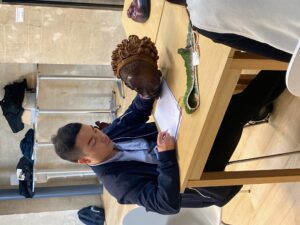 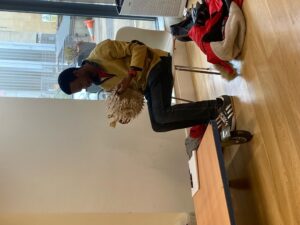